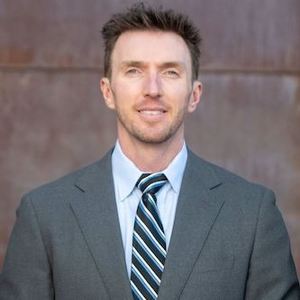 Penn State University, B.S Kinesiology
Slippery Rock University of Pennsylvania
About Darin
Today, Darin is a Broker with Compass RE, a Real Estate Investor and Developer, and is an Investment Acquisition Analyst for multiple large public and private institutional investment funds. He is not only recognized as a "top-performer" for his clientele, but also consistently ranks among the top 1/2 percent of residential Real Estate Brokers in the Nashville area, and is now averaging over $125,000,000 in annual Real Estate sales. In 2021, Darin earned the award of the "Top Selling Agent" from the Greater Nashville Realtors Association and is proud to say this was accomplished via an organic referral base and no forms of mass advertising were used to acquire his client base. His business acumen, strong analytical skills, disciplined work ethic, and communication skills are just a few of the character traits that keep him successful.
A native of Pennsylvania, Darin Cunningham grew up outside of Pittsburgh in a rural town called Butler and attended Penn State University where he graduated with a B.S. in Kinesiology and was recognize as an Academic All-American Athlete on the baseball team. He moved to Nashville to work in real estate in 2003 where he began his Real Estate career with nothing other than a vision of a path to success. His motto of "character is paramount" coupled with his work-ethic and intellect have been key elements to his career thus far.
Darin and his wife, Christina, are highly specialized in luxury new home sales and have a strong team of 9 agents whose specialties cover all bases of the Real Estate industry. They have served as exclusive Brokers for some of the most prestigious neighborhoods in the Greater Nashville area and represent many of Nashville’s most notable custom home builders.
Darin remains actively engaged in representing buyers and sellers in the greater Nashville market, continues to invest in and develop Real Estate, and plans to continue adapting to a rapidly evolving real-estate landscape while applying strategies that drive sales where the best opportunities exist. He is also one of the newest members of the Mount Juliet Planning Commission where he was appointed by the mayor of his town in 2021. His skills and character have complimented a lengthy track record with not only traditional buyers and sellers – but also investors and investment firms, custom homebuilders and developers – demonstrating a business acumen and experience base not commonly found in the Real Estate industry.