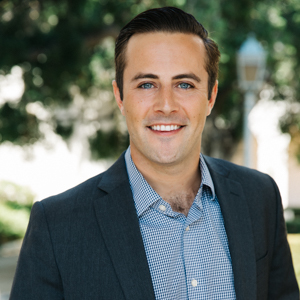 Working hand-in-hand with esteemed Realtor Michael Dilsaver, David protects his clients' interests during the crucial negotiating and closing process and demonstrates command of the market. Not only is David a trusted advocate within Compass but he possesses a thirst for knowledge that can not be satiated. A South Pasadena native, David was first drawn to real estate in the comfort of his childhood home, the short sale/foreclosure infomercials that appeared on television captivating his interest as much as the cartoons that followed. Years later he would attend Florida State University and serve as the Business Development Director of the Tallahassee Hospitality Group. In this role, David managed the development of the existing restaurant, nightclub, alumni club and lounge in addition to being involved in the evolution of a new restaurant. Through this multifaceted position, David honed his skills in project management, event planning, and client/vendor relationships. He gained valuable experience as well as a firm foundation in ethical negotiation and management of complicated projects, which has altogether given him an edge when it comes to seeking out the best terms for his real estate clients. Poised to turn his collegiate education into action, David purchased his first rental property at the age of 21. Soon after, he bought his first home, fixed it up, and sold it a year later. It was then that David realized the true value of real estate and became more experienced in leveraging opportunities and envisioning where they could take him. “Whether you think you can, or you think you can't, you're right.” - Henry Ford For David, learning is something that carries over into every facet of his life. “I’m always finding ways to further my scope of education. I could be researching gardening techniques, diving deeper into my real estate research, or simply broadening my cooking skills—I’ll never stop being a student of life.” Whether in his own garden, tending to exotic varieties of fruits and vegetables that you won’t find in the store, or hiking up a local mountainside, David is an avid outdoorsman. His favorite way to escape into nature is by driving north to the lower Sierra Nevada range and backpacking into the Inyo National Forest, Golden Trout Wilderness, Sequoia National Forest, or anywhere he can bring his fly rod and catch some native trout.