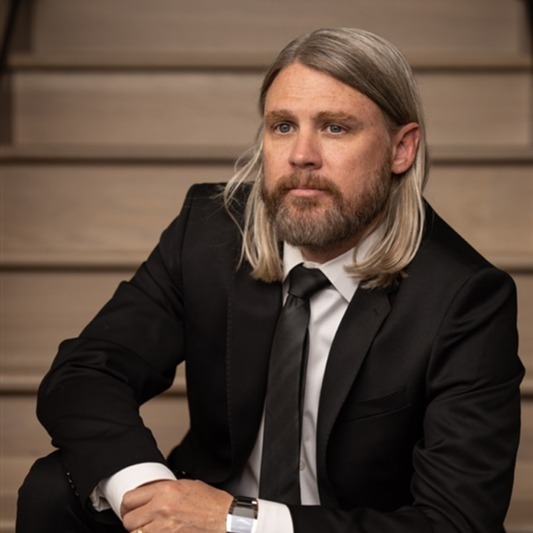 ★★★★★
"Derek helped us immensely with our purchase of our new home in Foxridge. Derek's knowledge of market and how to compete against other offers helped us secure the home. I highly recommend using Derek as his professionalism and team will benefit you greatly."

★★★★★
"Outstanding!! That in a word is how I would describe the experience with Derek and his group. They were available, strong advocates for us during the sale of our home. They helped us to find the "right" buyer. Derek and his group helped trouble shoot sewer and roofing repairs needed for completion before sale. Derek was a great resource for contractors. This is our second time working with Derek. He helped us with the purchase seven years ago of the same home that we recently . He was our advocate with a problem that arose after sale .He helped resolve an issue post sale that he was not necessarily obligated to do since sale had been completed. This is why we went back to him for recent sale! They're honest, available and a skillful realtor. I'd recommend them to anyone!" - Oliver

★★★★★
"Derek and his team were incredible! We had been on the market with a mediocre realtor prior and he and his team came in and cleaned up the mess left behind and had a solid offer in place in a matter of just a few days. I highly recommend the Gilbert Group, rather your selling or buying. We will be using them again in a few"

★★★★★
"Derek and his team are amazing!!! They worked extremely hard to make the process go smooth and to make sure I knew all the options. Their marketing and strategy to sell my house earned an over asking offer. They know what they are doing! You won’t be disappointed!"

★★★★★
"Derek and his amazing team did a wonderful job selling our home. I usually don't write reviews, but this was such a superior experience I just had to. This was my first time putting a home on the market and I literally had no idea what to do. After speaking with Derek, I felt completely comfortable with his team taking over the process. Derek was very knowledgeable and I could tell right away that he was very experienced in the real estate field. The process couldn't have been more stress-free. Derek and his team constantly kept in touch with me during the whole process, and I never felt out of the loop of what was going on. Derek was spot on for what he thought my home would sell for in the current market, and came up with unique strategies, to attract the buyers needed, to sell my home as quickly as possible. If you are looking for a reliable, experienced realtor, who thinks outside of the box, and is prepared for the new age of social media, I highly recommend Derek and his team."


​
About Derek
A United States Army veteran raised in Horicon, Wisconsin, Derek Gilbert is accustomed to earning the respect of peers and colleagues through compassion, dedication, and good, old-fashioned hard work. An entrepreneur since childhood, Derek’s work life began with the kinds of necessary, thankless jobs that instill character at a young age: shoveling snow, mowing lawns, and working on his family’s dairy farm. “There wasn’t extra money in our household. If we wanted something, we worked for it.” Derek’s friendliness, combined with his super-competitive drive to achieve, helped him excel in leadership positions throughout high school and college, from student council to serving as captain of his collegiate wrestling team. As a junior in highschool, Derek enlisted in the military before beginning his studies in Computer Science at Carroll College, drawn to both fields for their focus on precision and urgency. He served in a Mechanized Infantry Unit for six years, earning accolades such as Soldier of the Year for his unit and graduating on the Commandant's top 10 list for Primary Leadership Development School. Principles from his military experience still inform his work today: “One of the most valuable lessons I learned in the infantry is the importance of doing what must be done. It’s never a question of what you can do. You find a way to do what needs to be done.” That energy and urgency laid the foundation for his ongoing success in real estate. “If I’m given a job, I respect that responsibility, and I get it done. If I commit to something, I do it all the way.”

After college Derek worked in software for 6 years, including 5 years at Intel Corp as a software engineer. In 2003, uninspired by corporate life and yearning for a more fulfilling, hands-on challenge, Derek bought his first books on real estate and dove into the field headfirst. He and his wife Gina bought a multiplex apartment building in Mesa, AZ and began a period of buying, fixing up, and selling houses and apartments. He started his first real estate investment business later that year, rehabbing multi-family buildings. “I’d worked summer jobs in college for a home builder and learned various aspects of construction, so I had a good eye and I knew what was behind the walls.” After flipping his first multiplex, Derek bought the apartment complex across the street and did the same thing. “I take pride in doing things with measurable results. So when I started fixing up and flipping houses, I felt this sense of accomplishment that I could see and feel. I was hooked.” Excited by a new passion for buying and selling property, Derek earned his real estate license in 2004. That same year, he joined Keller Williams Realty and was voted Rookie of the Year, with over 30 sales and $8,300,000 in sales volume. Since then, Derek has sold nearly 1000 homes and achieved over $265 million in sales.

With over 16 years of experience in the industry, Derek has worked with a wide range of clients in a broad spectrum of capacities, from developing investor portfolios to assisting first-time homebuyers. He’s an expert negotiator, a strategic planner who likes to remain three steps ahead of the game, and a transparent consultant who makes a point of informing clients at every step along the way. “After you’ve done this for so long, you know what’s coming. You learn what works and what doesn’t, and you have to be honest with people.” He’s also worked with homeowners to avoid foreclosure. In the world of real-estate, which can often feel like a race to the bottom—who’s the cheapest, not who offers the highest value— Derek and his team at The Gilbert Group stand out because they prioritize people and value over everything else. “Real estate is personal. You have to take on other people’s goals and make them your own. That’s something worth honoring— I take that part of the job seriously.”

Driven both inside and outside the office, Derek’s passion for outdoor adventure ranges from snowboarding and fly fishing to hunting and traveling the world. He and his wife Gina live in Denver with their daughter Mya, a junior at Cherry Creek High School. Their eldest daughter Callia is a sophomore at Colorado State University.