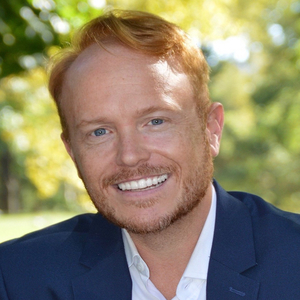 In 2012 Dominic was ranked #12 in his previous firm Brown Harris Stevens.

He was Interviewed by Pimm Fox on Bloomberg TV regarding the State of the Market and was also featured in a Buy Curious article. His client was interviewed by Oshrat Carmiel an article on Manhattan’s climbing home prices. The Sale of 2 East 70th $40M was profiled in Christies and The Real Deal of which he represented the purchaser.

Dominic has worked in all areas of Manhattan with a concentration of deals on the Upper Eastside.

Dominic is a supporter of the NYPL, The Museum of Natural History, The Central Park Conservancy, The Greenwich Village Society Historic Preservation , The Roundabout Theatre, Lambda Legal among others.

About Dominic
Throughout his real estate career, Dominic has worked on a multitude of real estate transactions including development projects, townhomes, condominiums, and cooperatives. Having been involved in the sale of more than $100,000,000 of real estate over the years, he is well-respected among his peers and understands the very personal journey of buying and selling a home. With over 18 years of prior experience in hospitality, he has a strong focus on attention to detail, customer service and expectation management. Known for his specialty in seamless cooperative purchases, delivery of current inventory and timely market information, he genuinely values the long-term relationships he forms with each and every buyer and seller.

Dominic is originally from Branford, CT. During his younger years, he discovered his talent for singing and majored in Musical Theatre at The Hartt School. He has performed in over 30 shows throughout the country. Dominic moved to New York City in 1996. An avid theatergoer and participant in the community, he is currently pursuing producing his cousin Ron Paolillo’s play The Lost Boy. He has supported numerous charities over the years including the Animal Medical Center, Central Park Conservancy, the MOMA, The Museum of Natural History, and the Greenwich Village Society for Historic Preservation. He has served on various boards during his time here in NYC such as fundraising chair for The St. Bart’s Players, New York City’s oldest community theatre group, and on the Board of Directors for Big Apple Performing Arts; home of the NYC Gay Men’s Chorus. Dominic lives in Hell's with his partner and their two Dachshunds, Abraham & Jacob.