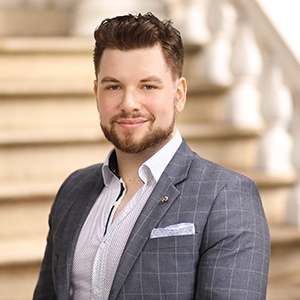 "Elvin helped me get my current apartment several years ago and working with him was a true pleasure. He was incredibly responsive and was even able to ensure that I was the first person to see the apartment when it became available. He helped to expedite the application process so that I could move in right away and even negotiated with the landlord on my behalf. I have worked with many agents before Elvin during my process of trying to find an apartment, and none were nearly as competent, accommodating, or as pleasant to work with as he was. I would highly recommend him to anyone looking for an excellent agent to work with." - Natalie

"Elvin was one of the nicest and most honest agent I have worked with. He was willing to give his honest opinion about everything and was responsive to our queries. His knowledge about the neighborhood was impeccable and it was a pleasure working with him."


About Elvin
Elvin is not your typical real estate agent. In fact, after dealing with a string of less-than-reputable agents, he decided to put his years of sales experience and in-depth knowledge of the city to use, and become the kind of real estate agent that people trust and respect. Seeking more than success, he wanted to bring a level of sincerity and professionalism to the business, ensuring that his clients would not face the same challenges that plagued him and many of his fellow New Yorkers looking for a place to live.

Born and raised in Brooklyn, Elvin pursued his dream of becoming an actor on the stage and screen after graduating from New York University. He has earned a number of exciting roles, and in addition to supplementing his income with part-time sales jobs, he has also founded a series of production companies, becoming an award-winning producer in the process. In 2013, after dealing with yet another dishonest agent, Elvin earned his real estate license. He began in the rental market and within a year was able to purchase his first home, a co-op in Brooklyn. That experience afforded him first-hand insight into the process, which he has since used to help countless first-time buyers.

Elvin has had tremendous success with properties in Brownstone Brooklyn, though he has closed sales and rental deals throughout the borough as well as in Manhattan. Whether young professionals or couples starting a family, many of his clients are looking to buy their first home. He also has close relationships with a number of landlords and is working to get more involved in new development projects around the city.

As an actor, Elvin developed a heightened sense of empathy, a keen eye for presentation, and an ability to read people and understand their needs - all of which have made him a better real estate agent. He has found that his work as a producer also serves him well in real estate, including his attention to detail, ability to negotiate and close the deal, and appreciation of the collaborative process - whether bringing buyers and sellers together or tapping his network of lawyers and mortgage brokers to build the best team for his client's individual needs.

Perhaps the greatest factor that has contributed to Elvin's success as a real estate professional is the values he was raised with. For example, he learned the value of commitment and service as an Eagle Scout. He also supports a number of charities, volunteering his time and participating in fundraisers such as an annual Ride to REiNVENT charity bike ride for God's Love We Deliver.