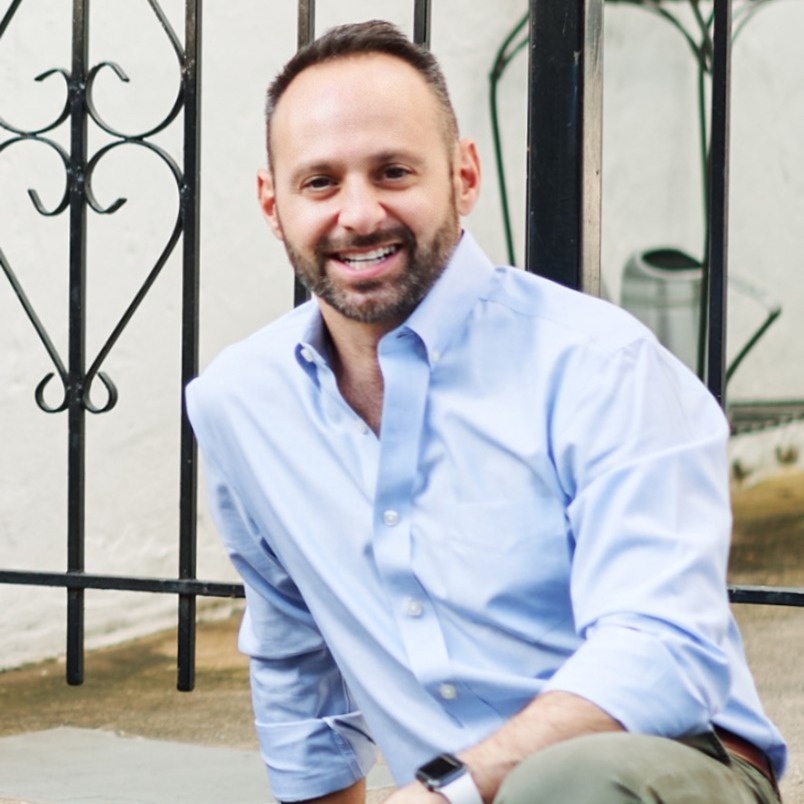 ​ ★★★★★
"Eric was easy to deal with and the perfect realtor for my fiancé and I. We found a house in Olde Kensington, just where we wanted to be. Our home has everything we wanted and more! He made the house buying process fun and as easy as buying a house could be. We would recommend him to anyone purchasing a home in the city. He took his time with us and pointed out issues with some of the homes we viewed that we would have never thought to look for. He also informed us of things to look out for when we are out househunting on our own. We are very happy with our purchase and with our choice of using Eric! Thank you Eric!!"

★★★★★
"Selling our beloved home in Graduate Hospital and saying goodbye to our neighborhood and friends was a difficult decision but Eric and his amazing team walked us though the process step by step. The hard part was getting our home show ready but Eric’s advice from staging our home to recommending contractors for a few small projects made a huge difference. We sold for a great price and every step was easy. Very responsive, knows the neighborhood, and professional."

★★★★★
"Eric was excellent to work with in selling our house. He did a great job working with the buyer's agent and helping us to negotiate with our buyers. We could not have asked for a better transaction process, everything went extremely well."

★★★★★
"Eric was extremely accommodating, empathetic, and supportive with our special situation. We searched, settled and moved my father to his new condo all within a month. Eric had wonderful negotiation skills and he was genuinely pleased for my father, who was able to purchase the condo in a timely matter. Eric did a lot of leg-work and research to make the deal happen, and always conducted business in a professional way. Thank you, Eric, for caring"

★★★★★
"Eric was fantastic. We had a bizarre situation where we loved and put an offer in on the first house we saw. It had been on the market for two days, and we knew we weren't the only people bidding on the home. That made the process incredibly stressful because we were first-time buyers and in a competitive, time sensitive situation. Eric was calm, managed our stress, kept in touch and helped us negotiate in a way that we were comfortable with but kept us honest about what kind of offer would get us the home. We were very lucky to get the first home we fell in love with, but we were even luckier to work with Eric. I cannot recommend him and his team enough."


​
About Eric
Eric Fox is a native Philadelphian, brimming with energy and a passion for real estate. Eric joined Compass after beginning his career with a real estate focused financial background. After graduating from Tulane University in New Orleans, LA, with a Bachelor of degree in and Accounting, Eric started his career with PricewaterhouseCoopers where he was on a team that concentrated on real estate related companies. In 1999, Eric started his investment path when he purchased his first investment property in Manayunk, just outside of Center City. Today his Philadelphia rental property holdings exceed 20 units. Eric temporarily left Philadelphia in 1999, to complete his CPA while simultaneously working for MGM Studios in Los Angeles.
After two years of working in Southern California, Eric returned to Philadelphia to live and continue his career in real estate. He started as an agent with Berkshire Hathaway HomeServices, Fox and Roach in early 2003, and he joined Compass in 2020. Eric has helped clients buy and sell over 270 million worth of real estate over the course of 770 transactions. He was awarded the Chairman’s Circle Gold Award from 2005 – 2014, the Chairman’s Circle Platinum Award in 2015, and the Chairman’s Circle Diamond Award in 2016-2019. In 2019, Eric and his team were ranked within the Top Half of 1 percent of real estate agents worldwide.
The combination of Eric’s knowledge of the real estate market, his transactional experience, as well as his general financial knowledge and investment background has proven to be a valuable asset to his clients. Furthermore, his high ethical standards, inherent people skills and passion to far surpass all expectations have proven to be valuable tools in helping his clients achieve their real estate goals.
Eric’s further passions include his , friends and his physical health. In his spare time he enjoys traveling, hiking, Peloton, practicing violin and playing or singing with his 10 year old daughter.