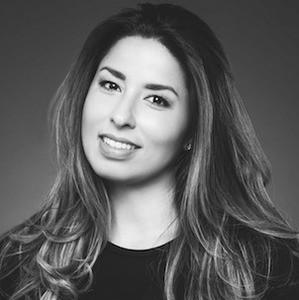 ★★★★★
"Gina is the best. She has a complete grasp of her market, the buyers out there, and she has the right energy. She takes time to understand what you want, and she is a pro. My first listing with Gina sold in 48 hours at 10% OVER asking. We had 4 legitimate offers and she handled counter-offer differently based on each buyer. It was masterful to experience and resulted in a win-win." - Lawrence Wu, Seller.

★★★★★
""In the midst of the pandemic, Gina was a constant -- helpful, thorough and incredibly responsive. We worked with Gina for more than 8 months to find a single family home in the Inner Richmond. For a while, I wasn't sure it existed, or if it did, it probably required extensive renovations. Ultimately we ended up with an amazing move-in ready home we LOVE in exactly the area we wanted. All thanks to Gina and her team. I would happily recommend Gina to anyone trying to navigate the crazy SF real estate market." ." - Angela and Cesar, Buyers

About Gina
Gina Blancarte is unquestionably charismatic and refreshingly real. It takes mere seconds with Gina to get a palpable sense of her energy, enthusiasm, and unabashed passion for her profession. This California native is a trifecta of smarts, sass, and sophistication.

Bay Area born and bred, this Santa Clara University graduate segued a successful stint in the entertainment industry into a thriving real estate career. Not surprisingly, her first transaction landed her on an episode of Million Dollar Listing Los Angeles and she was later featured on CNBC’s Secret Lives of the Super Rich. There’s a reason this powerhouse agent was featured in Angelino Magazine as one of “The Wonder Women of Los Angeles.” Simply put, she hustles harder than most. Having been back in the Bay Area for several years, Gina has enjoyed giving the high level of white gloved service to her Bay Area clients.

Gina’s success lies in her uncanny ability to think three steps ahead – a skill she honed assisting elite entertainment moguls. Her personal mantra has always been, “How can I make my client’s life easier?” Remarkably intuitive, meticulous in her approach, and renowned for tight-lipped discretion, Gina’s business development background and her experience in event production, combined with tech-savvy sensibilities, cutting-edge marketing, and social media strategies make her a great choice for your real estate transaction.

Gina is extremely humbled and honored to have been elected as the 2022 President of the Women's Council of Realtors in San Francisco. She is also highly involved in her alma mater, Santa Clara University (Go Broncos!) and proudly serves as Co-President of the SCU Real Estate Alumni Group. A proponent of animal activism, Gina is an active donor to IStandWithMyPack, ASPCA, and STOLA (Saluki Tree of Life Alliance).