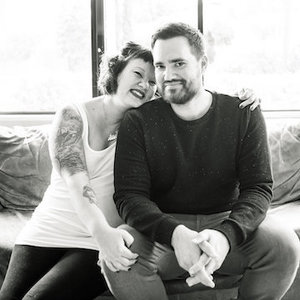 Today, they provide their clients exceptional, Yelp worthy service and are proud of the fact that most of their business is from referrals.

They love the details that make a house a home; the built in cubby holes for long gone family trinkets, scuffed hardwood floors that tell the stories of past inhabitants, the overall architecture of the Eastside and all it holds. Most of all, they love working with fabulous clients. Their love shows in the fact that they consistently place in the top tier of their office at Sotheby’s, Los Feliz, and have been awarded numerous accolades for their volume of production.

Born and raised in Pasadena to a Chinese mom and a Kiwi dad, Alison grew up above the Rose Bowl, spending most of her time luring neighbors pets close enough for her to pet. She graduated from UC Santa Cruz with a degree in political science. While dreaming of saving the world one dog at a time, she accidentally discovered real estate and the rest was history. She was awarded “Rookie of the Year” during her first year as a realtor, and hasn't looked back since.

Hailing from Williamsport, PA, Jason was a cool customer who knew in his gut that he was, one day, going to marry up (he did). After graduating from Ithaca College with a degree in Film and Television, he worked his way from a PA to TV Editor, spending over a decade in post production. Deciding that he liked the sun and seeing his family too much, he knew he needed a change. Reflecting on his fascination with history and Los Angeles in particular, he decided to join his wife in the family business, and it was a perfect fit.

After living a very law abiding and boring life through their 20s and 30s, they now own a home in Highland Park with their daughter, and their two old-timer dogs. When they’re not working, you can find them at a karaoke bar, battling it out for their Fantasy Football title, figuring out what to eat, or at home asleep on the sofa.