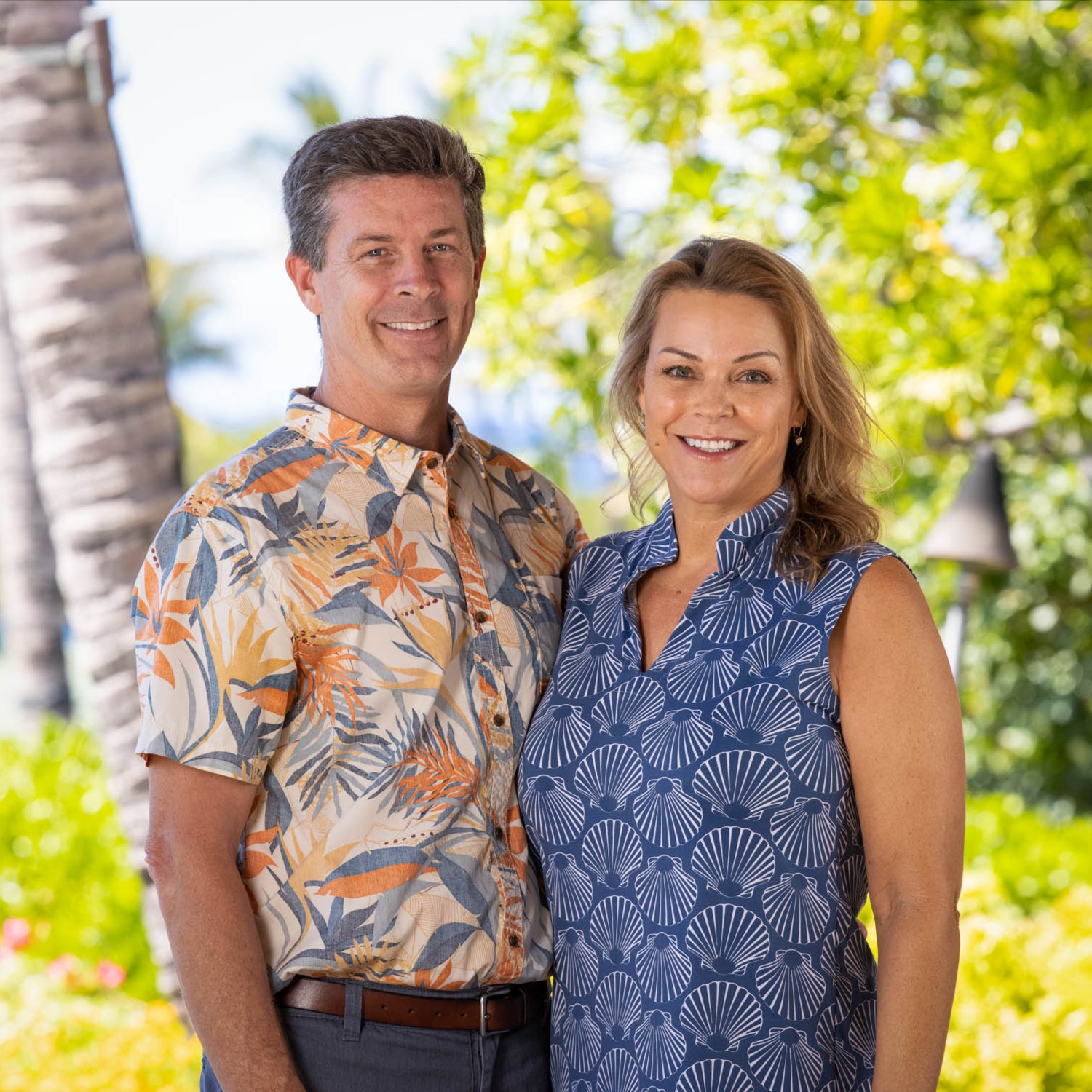 Romy graduated with a BA in English from UCLA

★★★★★
"Erik & Romy were incredibly helpful in our home search. They were patient, knowledgeable & respectful! No detail was left out and no question too silly. They met with us to get to know us & our needs, then worked to find us a property that fit what we wanted. As we don't live on Island, I'm sure it wasn't the easiest process for them, but they were willing to help in any way possible, even though it took a few years to finally finish the process. I did say patient, right. We won't hesitate to use them again if the need arises & would highly recommend them." - Pat and Paul

★★★★★
"Erik and Romy patiently (over four years and a whole pandemic) and consistently helped us to find our dream home on the Big Island. They are extremely knowledgeable, honest, attentive, competent and hard working. Because we were living on the mainland, we trusted them to pre-vet the properties they showed us until, at last, even in a tough market, we found exactly what we wanted. Their careful consideration of our needs completely merited our confidence. Every step of the process was thoroughly and professionally explained; the escrow and closing went as smoothly as could be possible. Thank you Erik and Romy for going so over and above in your helpfulness to us. We value your friendship." - Barbara

★★★★★
"We were pleased to work with Erik and Romy Jacobson selling our house in Waikoloa on the Big Island of Hawaii. They have excellent connections and knowledge of the local market, as well as excellent professional expertise and impeccable integrity. We were able to complete the sale, while being remote, within 45 days. Erik and Romy coordinated and handled all of the details, making the process go very smoothly for us and achieving success. Erik and Romy excel at communication, being well organized and making it all happen by working seamlessly with all the contacts and parties in the process. The quality of their service, communications, guidance and expertise is top notch. We can absolutely recommend Erik and Romy Jacobson, wholeheartedly." - Jpief

★★★★★
"If you want the most beautiful buying experience of your life then you NEED to call Erik and Romy! I’m not one to write reviews about anything but this was a must! Erik and Romy are absolute pros, and the super bonus is they are great people too. Making a purchase when you aren’t living on island can be a bit intimidating and down right stressful. Not with these two! When they say they live here and know the area, they really do! They went above and beyond to help us find the perfect spot so we can build our dream home. They scouted out properties and gave us very detailed information so we could make an informed decision. Once we narrowed it down, we came over and pulled the trigger on the perfect piece of land. I cannot recommend them highly enough. You will not be disappointed, it’s just not possible. Every i is dotted and every t is crossed. This was the easiest, most comfortable buying experience we’ve ever had. We will be purchasing more properties through Erik and Romy!" - Carol Dunn

Erik and Romy Jacobson have been enjoying the Hawaii lifestyle for over 25 years! They work together from the Compass offices on Hawaii Island. Together they work with clients from Kamuela to Kona and specialize in Kohala Coast Resort properties.
Erik is a native of Minnesota. He attended college at Colorado School of Mines on a wrestling scholarship and has lived in Minnesota, Colorado, Hawaii, Alaska, and the Caribbean. He spent many hears working on the water both as a licensed boat captain and as a SCUBA instructor. Erik is now a licensed REALTOR® and has been helping people buy and sell real estate on Hawaii Island since 2009. He is an active member of the North Hawaii Rotary Club where he has held various positions including President, Treasurer, and Secretary. Erik is currently enjoying his first year paddling outrigger
canoe with the Waikoloa Canoe Club out of Anaeho’omalu Bay!
Romy was born and raised in California. She graduated with a BA in English from UCLA, then moved to Hawaii in 1993 to follow her dream of working on the ocean. Romy and Erik met while working together on America II (an America's Cup contender in the 1987 racing season). Romy is now a licensed REALTOR® in the state of Hawaii. She has served two terms on the Board of Directors for the West Hawaii Association of REALTORS® (WHAR). She has also volunteered her time on various WHAR committees and is a graduate of the Hawaii Association of REALTORS® Leadership Academy. Romy was awarded REALTOR® of the Year for the West Hawaii Association of REALTORS® in 2017. She is currently serving on the BOD for Hawaii Realtors® at the state level.