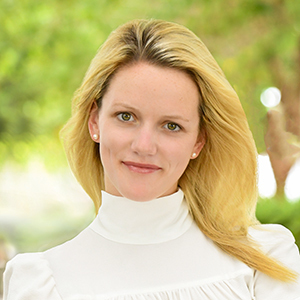 jade.kalbacher@compass.com
M: 631-276-9003
About Jade
Originally from Southampton, New York, Jade came to Miami to study. After receiving the Horatio Alger National Scholar Award additional academic scholarships, University of Miami was a clear choice. Although she had never stepped foot on the campus prior to her first day, had only been to Miami once as a young girl, she felt instantly at home when she moved to the “Magic City” in 2014.

Jade holds a Bachelor’s degree in finance from the University of Miami. When she set out to study finance, she believed she would end up in the investment banking field, as many of her colleagues have. However, one December break she decided to take a real estate course, absolutely fell love with all-things real estate. Jade brings her background in finance love for a challenge to each transaction, working with a multitude of investors, developers, private owners alike.

When she is not on a showing, she is usually running. An avid runner since age seven, Jade runs multiple marathons every year, always pushing her limits.