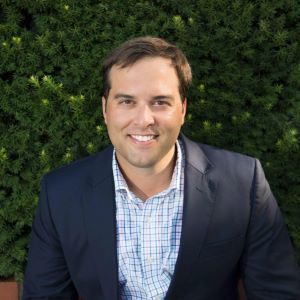 "Jake represented us as buyer’s agent in a highly competitive situation where the sellers received multiple offers within two days after the was on the market. Jake was able to accurately assess the situation and helped us win the bidding war on a home that is located in an excellent location and most suitable for us. He timely responded to my inquiries, skillfully negotiated several key issues, and was able to push the deal forward smoothly to closing. I highly recommend Jake."

"Jake is incredibly professional but most of all he has a keen sense of customer service and working well with others involved in the real estate process. Jake is highly recommended."

"He was solid, used no jargon, persistent and hard-working. At closing, our buyer thanked Jake as much as we did."

"Jake timely responded to my inquiries, skillfully negotiated several key issues and was able to push the deal forward smoothly to closing." Jake consistently advocates for his clients' best interests while seeking creative, win-win outcomes for all parties involved. His approach to real estate is marked by integrity, trustworthiness and an unrelenting drive to serve his clients with excellence.

Jake is a native Virginian who moved to Washington, D.C., nearly 20 years ago and soon embarked on several years in the non-profit sector.  He became a licensed real estate agent in 2015 and hit the ground running, closing over $30 million in business in just four years.

For the last two years, he’s been featured in Washingtonian Magazine as one of the region’s leading agents. He’s also a recipient of the GCAAR Gold Award.

Based on Capitol Hill, he specializes in single and multi-family housing in the Northeast and Southeast quadrants of the city.

Jake lives in the Southeast with his wife and three daughters.