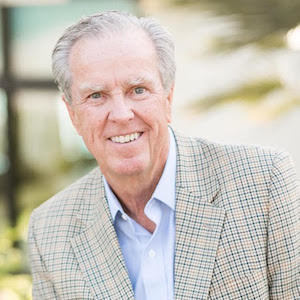 Realtor® | DRE 01474521
jeffrey.peterson@compass.com
M: 310-720-2162
O: 310-500-3312
About Jeffrey
With significant experience in financial services and real estate, both domestically and overseas, Jeffrey Peterson is an exceptionally astute real estate executive with unparalleled knowledge in guiding his clientele through all facets of negotiation, purchase, development and disposition. Over the course of his career, having various leadership positions and both managing and directing several firms, Jeffrey has been involved in beyond a billion dollars in real estate and development transactions.

Prior to his involvement in Los Angeles real estate, Jeffrey served as Chairman, President and CEO of a publicly traded NYSE homebuilder, the tenth largest and one of the most notable in the country, leading the business through a momentous restructuring and turnaround. While on the Board of Directors of aforementioned company, Jeffrey became a licensed real estate broker and realtor and — with a unique and valuable perspective — personally began to purchase, develop and sell single family homes throughout Los Angeles' westside communities.

After growing up in Brentwood and attending USC, Jeffrey received an MBA at Stanford, and went on to take up residence in a number of the world's most coveted real estate locales, including New York, Australia, South Africa, France, and Holland. However, Jeffrey was conclusively drawn homebound to pursue a career in the area that he knew best. Reputed for approaching new clients as dear friends, Jeffrey is proactively engaged in working with and advising individuals on real estate matters and beyond. He has joined Compass by virtue of its entrepreneurial atmosphere, professional standing, and basis in clear communication with each and every client. This is evidenced by the trust and respect among all associates and clientele.

Complementing his engagement in real estate and finance activities, Jeffrey has been an eminent participant in community philanthropy. This is exemplified by his being the former Chairman on the Board and Trustee of both the John Thomas Dye School and the American Heart Association-Los Angeles. Jeffrey has also served on the boards of the American Hospital of Paris, Pitzer College, Lowe Institute at Claremont McKenna College, ReREAD and California Special Olympics. Aside from his charitable involvement, Jeffrey leads an incredibly active lifestyle — both socially and recreationally.