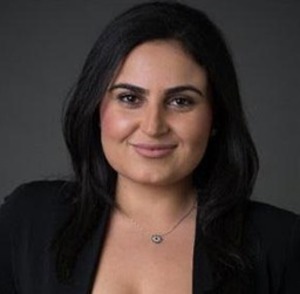 About Jennifer
Jennifer "Jenny" Okhovat is a lifelong resident of Beverly Hills and a proud graduate of Beverly Hills High School and Cal State University Northridge. She became a licensed agent in early 2009 and quickly moved up the ranks to become one of the top agents at Compass' Sunset Strip office.

She works with a wide range of clients throughout Los Angeles. Areas of service include West Hollywood, Hollywood, Hollywood Hills, Los Feliz, Beverly Hills, Hancock Park, Culver City, Miracle Mile, Beverly Grove, and Silicon Beach. She has been a party to more than 100 leases during her career and has broken sales records for a number of properties, including the highest price for a single-family residence sold in West Hollywood West in all of 2019.

Her strong work ethic, knowledge of the market, and out-of-the-box marketing and sales techniques have been critical to her success. Jennifer has been featured in a number of news and media outlets including the LA Times, Apartment Therapy, Realtor.com, Yahoo Finance, The Close, Bravo's Million Dollar Listing, Inman News, The Washington Post, and The Wall Street Journal. Clients seek her out as a reliable resource to consult and guide them in leases, purchases, and sales. One of her main principles: "never work on any deal you don't 100% believe in."

When she is not working, Jennifer enjoys volunteering and writing contributing articles for various publications, including Beverly Hills Weekly. She has been a Professional Committee Board Member of Sinai Temple’s Atid program, Board Member of FIDF Young Leadership, Team Beverly Hills graduate, and is an active member of the Gender and Women’s Studies Alumni Association at CSUN. Jennifer is also passionate about endangered animals and is a proud supporter of The Dolphin Project, working to free sea animals in captivity.