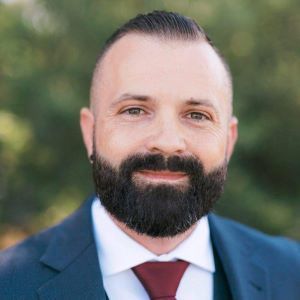 ★★★★★
"I was looking to purchase a home and wasn't sure where to start. Jeremy helped me get pre-approved so I had a realistic budget before looking at a few homes. He helped narrow down some homes for me to look at and really helped me understand the pros and cons of each one we looked at. He even made schedule accommodations so I could see the same home a few times to ensure I was comfortable with the process and my final decision. The process was very smooth and I'm very happy with my home." - Nhi

Jeremy was born and raised in Orange County, California and has lived in many cities throughout Orange and LA County. As a boy, he spent summers in Las Vegas where he began training with his father in the construction trade. He was also fortunate enough to have a stepfather who brought him along with him to Mexico to build homes for the underprivileged. Jeremy gained even more experience in construction and leadership from those long weekends, which led to being fluent in Spanish and having an entrepreneur mindset of wanting to run his own business.

As he made his way through school, he began to realize that going to college and earning a degree was not for him. Jeremy always knew he wanted to be a business owner and control his own destiny. While working for Lowe’s at 20 years old, he decided to save his money and purchase tools to start a construction business. He began by performing small jobs focusing on quality, and before he knew it, he had plenty of clients. The customer service skills Jeremy learned in retail translated well, and he could see where he could make his mark in the construction industry.

As a young father, Jeremy pursued his career, developed connections and began to see where he could expand and help people, not just in the construction arena but also in buying and selling of homes. The vision has now become clear that he wanted to become an expert in homes. His goal now is to achieve mastery in the area of homes while applying the same principles he learned as a boy. With the support of his partner and 2 children, he continues to build his dream and the dreams of others.