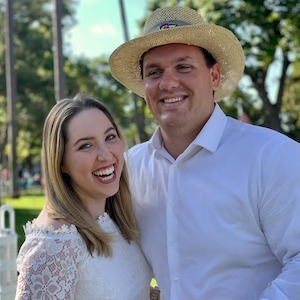 THE REAL DEAL | House of sin

★★★★★
"Jerrod is an exemplary professional with compassion and expertise among none other I have worked with. He aided me in selling one of my listed units on the tv show 'Million Dollar Listing .' An accolade that has continued to flourish my business to this day. He maintains his decorum under the stressful circumstances and he genuinely made my experience all the more enjoyable. I highly recommend Mr. Jerrod Jones!" - Omar

★★★★★
"Jerrod is our "go to" guy with several projects I have going. Jerrod excels on all of his real estate endeavors. He is trustworthy, concise and proficient and I would recommend him to anyone looking to Buy or Sell. We work together on a large project here in Santa Monica, amongst others. He has continued to keep our clients happy." - David

★★★★★
"Jerrod impressed me immediately with his knowledge of the real estate process from preparing a listing to escrow. He not only knows the market well, he has an integrity and work ethic rarely encountered. Jerrod helped us through a complicated situation involving selling one house and buying another in a tax-free exchange. He made a fraught, tense process accessible and manageable. I can't recommend him highly enough!" - Marissa

★★★★★
"Jerrod delivers! He was a lifesaver when a job offer had me relocating in a hurry to a city I'd never even visited. Personable, accessible and super knowledgeable, Jerrod took the time to assess my situation and preferences and quickly secured for me a great apartment in a really nice neighborhood while negotiating for me a fair and flexible lease. Jerrod made a daunting process simple and stress-free. If you're trying to navigate San Francisco's tricky rental market, you'll want to give Jerrod a call." - Kimberly

★★★★★
"Jerrod has been extremely helpful in the process of buying a home. He was honest with me and realistic which I value especially when I am making a huge investment. He understands the market and does what's best for his client. I am extremely excited to continue to work with him as well as to refer him to anyone I know!" - Jess

About Jerrod
Jerrod was one of LA’s best agents. After being featured as a speaker at Inman’s Luxury Connect Conference, and being filmed on hit shows like Bravo TV’s Million Dollar Listing New York and LA, he was ready for a new challenge and moved to his favorite city, San Diego.

Jerrod began his career in LA on The Serhant Team, being trained and mentored by Ryan Serhant, one of the countries most successful agents. He learned what it takes to become a top agent from the best of the best. He always focuses on putting his clients first, coming up with killer marketing strategies, and going above and beyond all expectations to give the best possible real estate experience.

After breaking a record in Santa Monica, he knew he was ready to take on San Diego’s coastal market.

Before real estate, Jerrod proudly served with the United States Marine Corp. After his service was complete, he studied architectural design at the Academy of Arts University San Fransisco. With this unique skill set, Jerrod can help you understand add value and recommend the course of action for your current or future home. he is one of the few local agents who can accurately help you look at both raw land and value-add opportunities effectively.

His love for real estate began when he was working with HomeSuite, a corporate housing startup. After growing their profits by 500% and expanding their company to Los Angeles, he found his passion for connecting people with their dream homes. Since then, he hasn’t stopped!

When he isn’t working, he enjoys racing sailboats in San Diego Bay.


Jerrod works with the O'Neals in Santa Monica on VH1