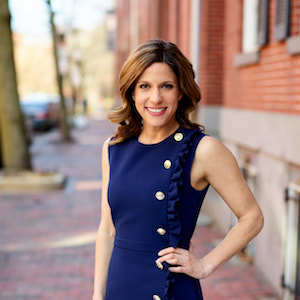 Senior Vice President
jadler@compass.com
M: 857-200-0544
About Jillian
Jillian Adler is an accomplished Boston real estate broker, known for her work ethic, commitment to her clients and vast knowledge both in new development and general construction construction. Jillian has been a Massachusetts Real Estate agent since 2009 with over $450M in sales volume since 2012 as part of the Kopman Adler team.
As a resident of numerous Boston neighborhoods over the last 11 years, she brings a wealth of information not only the current market trends, but each community's distinct attributes and flare. As a principal of Kopman/Adler, Jillian is able to offer her sellers exclusive staging offerings and property preparation that maximize sale potential and minimize days on market. Prior to working in the real estate industry, Jillian worked for a premier public relations New York City, representing developers on their latest projects in up and coming neighborhoods by marketing their projects to multiple press outlets.
Jillian received her B.A. from the University of Massachusetts of Amherst with a dual degree in Psychology Communications. A native of Greenwich, Connecticut, Jillian enjoys running, spending time in her community of the South End and traveling. Jillian also ran the Boston Marathon in 2019 in support of the YMCA.