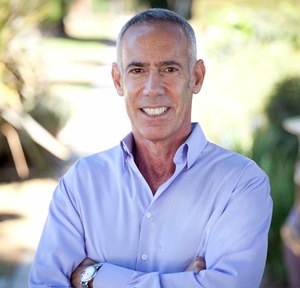 DRE 00960182 | Pence Hathorn Silver
john.hathorn@compass.com
M: 310-924-4014
O: 310-458-4024
About John
As a guitar, motorcycle, and surf enthusiast, John Hathorn is no stranger to blazing his own path and leading an adventurous, independent reality. Having grown up in Venice CA, long before its glory days, and traversed throughout Los Angeles his entire life, John knows the city better than most locals and offers a no-nonsense, instinctual, and hands-on approach to selling real estate, earning the reputation of "Westside Closer." -Founder of Pence Hathorn Silver (PHS), John consistently ranks in the top 1% of agents nationwide and brings over three decades of experience to his top-producing real estate firm, one that has represented over 3,000 transactions in excess of $3 Billion to date.

Along with his partners Charles Pence, Loraine Silver, and Brett Silver, John leads a talented team with local and global reach and established as #1 in Santa Monica sales in 2016. Over the years, he has personally owned, bought, , renovated, and remodeled properties throughout the Westside and focuses on the neighborhoods of Santa Monica, Brentwood, Malibu, Pacific Palisades, and his hometown of Venice. With respect to all aspects of his life, John strives for clarity and understanding, crediting his success to continuing advanced education and training, listening carefully to what his clients and colleagues say, and following his instincts.

"Show up, pay attention, tell the truth, and don't be attached to the outcome."

John attended Santa Monica College as a music major before transferring to and graduating from the Musicians Institute in Hollywood. Though the guitar is still his muse, John has been happily devoted to his wife Nancy (another Venice High School Graduate) for 32 years and, together, they have raised three terrific sons. Currently, John supports various programs and charities including the Santa Monica-Malibu Unified School District, The Boys and Girls Club, LA Family Housing, One Voice and The Salvation Army. Additionally, he has served as director of the L.A. Board of Realtors, served on the board of directors for the Santa Monica Orchestra, and studied business management at USC.