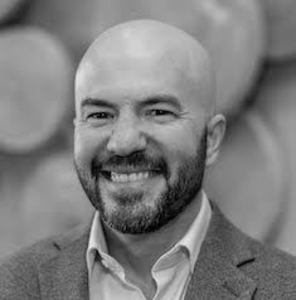 ★★★★★
"John provided excellent guidance and support while I was looking my ideal condo. I was new to the area and to the process of buying a property in the US, John made the whole process simple and straight forward, helping me through every step of the process. John was also able to provide personal recommendations to help identify professionals to redecorate the condominium and complete other renovations, first class and responsive service I highly recommend John for anyone looking to buy or sell a property." - David

★★★★★
"David and I are so glad we serendipitously found John Moore as our Realtor. As conscientious and considerate as they come, John went above and beyond during every step of our house hunting journey, which took us throughout Alexandria and Arlington in search of THE perfect home. Once we found it, John worked tirelessly during negotiations to make sure we got the best possible deal. And he delivered—nearly $84,000 off asking price!!! Please consider John for your house buying or selling needs. We guarantee you won’t be disappointed." - Irene

★★★★★
"John was very responsive and knowledgeable. We had a time constraint and needed to close the deal within a few days. John got this accomplished within 3 days form the time we started looking for condos. He is very professional and follows up immediately"

★★★★★
"John was one of many realtors that we consider during the process of selling our mothers home. Some others had been recommended to us from people that had recently been through the process so you would have thought they had some advantage in the process, but not so. We found John to be extremely knowledgeable about the market and the timing for putting the house up for . Additionally, he was right on target with identifying things that we needed to do to get the house ready and things that we had considered doing that he felt would not make any difference to buyers and would be a waste of our time and money. He was always very responsive and helped us identify vendors to come in and do some of the work on the house that we could not do ourselves. He had a great pricing strategy but also flexed with us on the price and in the end his strategy worked our very well with multiple offers what I would consider a quick at a very acceptable price. He scheduled open houses the property and engaged with other agents to ensure that there was maximum of the property to potential buyers. John was not just dealing with one client in our situation. My two brothers and I were all executors, so John had to engage with the three of us and one brother was out of town. John adjusted his schedules to accommodate our situation and made sure that we were all in agreement with the way forward on the house. He also quickly lined up very reasonably priced to take care of items identified in the home inspection that needed repair. This all aiding in the timely completion of the ."

★★★★★
"John helped us look a new home North Arlington and to ready our North Arlington home the market. He was super knowledgeable about the area, seasonality, and how to structure an offer. He was quick to bring in extra resources on his own dime (like a stager), and put his greatest time and effort towards helping us meet our needs. That said, my favorite part of working with John was his excitement about helping our family find the perfect new home. John and I would see a new and we’d both drop everything to go see it right away. That availability and partnership was priceless to me and made the process fun."


​​ ​​
About John
Falls Church resident and Illinois native, John headed West college, earning his B.S. from Oregon State University in 1996. He called the Pacific Northwest home nearly 15 years, working in both the real estate and natural resource fields the entire time. His experience included a seven year stint with Plum Creek, which at the time, was one the nation’s largest Real Estate Investment Trusts.

It is in Oregon, where John’s passion real estate development and home renovation projects really blossomed. He completely rebuilt his vintage bayfront home hand and later acquired and converted a 40-acre forestland parcel into rural residential building lots near the Pacific Ocean.

John moved to the Washington DC area in 2010 to assume a leadership role in the Federal government, serving as National Program Manager for the U.S. Bureau of Land Management, our Nation’s largest landlord. Though, it wasn’t until he moved to Arlington, where John was finally able to pursue his lifelong dream of a full time career in real estate. Full-time REALTOR® since 2015, John is licensed in both Washington, D.C. and Virginia, where his expertise ensures his clients sell their homes for the most amount of money in the least amount of time, with the smallest amount of hassle.

In his spare time, John enjoys sharing his love of fly fishing and the outdoors with his wife Maria, kids, Alex and Madison, and their dogs Rocky and Gracie.