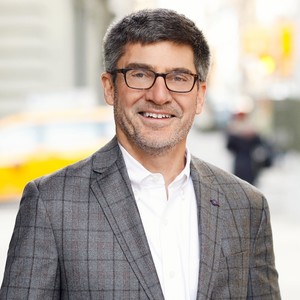 About Joe
After owning a successful Real Estate Brokerage for almost 20 years, Joe partnered with Compass as their founding Broker on Staten Island. He then assembled a team of professionals that all had led successful businesses of their own. Each one brings a unique level of expertise to the Team, as they combine to serve clients and customers with integrity, high energy, and market “know how”. Joe’s experience in investment banking makes him an extremely effective negotiator and problem solver, as he uniquely aligns interests with his clients. He has prepared his team well and they bring these skills into every transaction they take on. His team had a record year in 2020, and continues on a torrid pace as they announced a recent New Development deal in early 2021.

Joe is a community leader and is well-known on Staten Island. Born and raised there, Joe worked at his family shoe store as a student - a store that dutifully served all of Staten Island for 62 years. He ran the Holy Name Society at his local parish, increasing membership to record levels, and he remains a board member there. In 2012, in response to Superstorm Sandy, Joe was instrumental in the community led - State run buyout of over 500 homes, often successfully advocating for families who were in foreclosure, and who otherwise would not have been able to participate in the buyout. Joe ran for office in 2014, winning a primary election but narrowly losing in the general election. As a current member of the Staten Island Board of Realtors (SIBOR) Joe has served as director in both the Staten Island Board of Realtors (SIBOR) and the New York State Association of Realtors, where he worked to help improve operations and procedures. He currently sits on the SIBOR Legislative Committee as he continues to advocate for homeowners’ rights. He is a co-founding member of SImagines that strategically advocates for middle income housing on Staten Island.

In recognition of his philanthropic activities, Joe has become a member of The President’s Society at Pace University where he earned his BBA in Accounting, as well having membership in the McLaughlin Society at St John’s University, where he earned his MBA in Finance at their Staten Island campus. Joe has since taught economics as an adjunct professor there. He fiercely advocates for individuals with intellectual disabilities, and as such, regularly supports The Grace Foundation and A Very Special Place. With his long time affiliation with The Travis Roy Foundation, which supports spinal cord injury survivors and related research, not only will you find him donating to the cause, but also competing as a pitcher at their annual Wiffle Ball tournament in Vermont.

Joe is the proud father of three daughters and plays an active role in each of their lives.