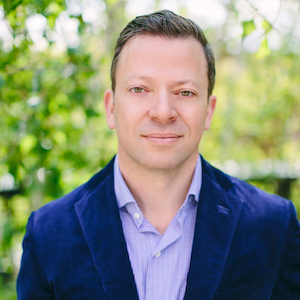 Closed over $900 million in volume over the last decade.

Recognized by The Wall Street Journal as one of the Top Agents in the Nation since 2013.

B.A. in History from Dartmouth College.

Joshua runs the Wesoky Team, one of the top-producing teams at Compass. With four real estate professionals, they specialize in luxury residential sales. He ranked in the Wall Street Journal’s top 100 sales agents nationwide for each of the last 7 years, including among the top 20 residential agents or teams in New York City for 2018, 2017, 2016, 2015, 2014 and 2013. Prior to joining Compass, Joshua was the highest grossing sales agent and ran the top team at Sotheby’s International Realty’s downtown Manhattan office.

His extensive knowledge of the New York real estate market, combined with a breadth of experience, allows him to exceed clients' expectations with the highest level of professionalism, service and discretion. Able to identify and market properties with creativity and business acumen, he provides informed, honest and thoughtful advice to all clients, including sellers, buyers, landlords and developers. His clients appreciate his ability to understand and quickly identify their needs, tastes and goals.

Joshua brings many added-value skills to the process of buying and selling properties. His financial and market expertise is complemented by a passion for and fluency in architecture, design and art, and a keen ability to visualize and translate the potential of a space, location, building or project into a tangible vision. He sharpened his negotiation skills and knowledge of what makes deals successful over 14 years as an investment finance executive and entrepreneur. He co-founded and ran a European development and acquisitions company, was an executive of a New York-based international private equity investment fund focused on media, communications and real estate, and began his career as an investment banker in the real estate group of Goldman Sachs. He knows how successful financial professionals & investors think.

Raised in the entertainment industry, married to a gallery owner and fine art publisher, and with many artist friends, Joshua also a deep understanding of the needs of creative people. Passionate about collecting art and supporting artists and arts organizations, he is an active patron of the Whitney Museum of American Art, and was a founding member of the Junior Associates of the Museum of Modern Art, and served on many arts, humanitarian and educational non-profits' fundraising and advisory committees.

Always a New Yorker, he worked throughout Europe and lived in Rome, Paris and London. From his own experience, he knows the challenges of relocation to or from New York and is able to provide the best service to international friends, former business associates and new clients. He lived in many parts of Manhattan over the last 25 years, and he works with sellers and buyers both uptown and downtown, as well as in the most desirable neighborhoods of Brooklyn.
Joshua received a BA in History from Dartmouth College, from which he was graduated Phi Beta Kappa. Born in Philadelphia, he spent much of his youth abroad and completed high school in London. He resides in the West Village with his wife and their two daughters.