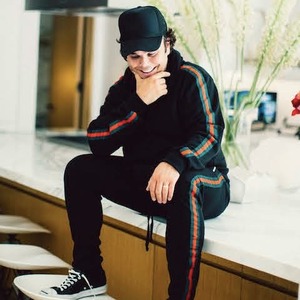 It takes mere minutes with Justin to get a tangible sense of his energy and enthusiasm. A uniquely different kind of Realtor, the Beverly Hills native exudes an unmistakable charisma all his own. Oscillating between Los Angeles, New York, London, and Paris as a child, Justin brings a distinctively global perspective to the table. Following years at the helm of heavy-hitting companies in the entertainment, tv, movies, music, and clothing industries, the modern-day Renaissance man segued his smarts and diverse skill set into the Real Estate realm.

Operating with an unmistakable magnetism, Justin is a prominent and unquestionably connected fixture in Beverly Hills. Bolstered by a client roster that spans tech elite, designers, artists, and celebrities alike, the Realtor has a sixth sense for connecting people with their dream home while, dare we say, having fun along the way? A cultural zelig in his own right, Justin has the innate capacity to connect with people on both sides of the negotiation table. Point if fact? Following one recent transaction, the opposing buyers invited Justin over to dinner. (Seriously. We couldn’t make this stuff up)

More often than not, buyers and sellers walk away feeling inspired. The beloved agent has a way of galvanizing energy and transferring that spark into the sale of a home. It’s probably what’s led him to over 50 million in sales this year alone. Numbers aside, Justin has an uncanny grasp of the local neighborhoods, school districts, and nuanced microcosms that comprise Beverly Hills. One-part neighborhood tour guide and two-parts inspections-whisperer, the dynamic realtor is the quintessence of accommodating. Bringing his signature blend of tact, taste, and tailored strategy, Justin delivers a decided edge amidst the ever-changing Real Estate landscape.

Residing in Beverly Hills with his son, Maxwell, and wife, Karina, founder of her namesake boutique, “C by Karina,” Justin is actively involved in Hawthorne School’s PTA and recently created what he coined, “ED TALKS,” a spinoff of the celebrated, TED TALKS series. A member of the United Kingdom’s Royal Society of Arts (Ordained by the Queen herself. True story.) there’s no end to Justin’s surprises. One thing’s for sure, he truly lives with passion, purpose, and integrity, always embodying his personal motto, “The way you do something is the way you do everything.” Meet him and you’ll see for yourself.