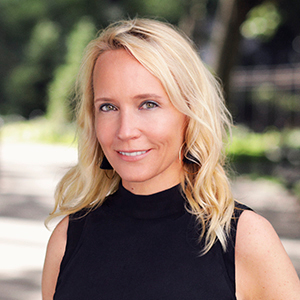 New York Mag Beach Glass: A see-through house in the Hamptons puts its location front and center
Streeteasy New Yorkers have Real Estate Superstitions? You Bet!
Slideshare The 100 Brazilians who made it in New York
Philanthropy NYU Articles and Outreach Editor, Philanthropy NYU

About Karin
As head of the Domus Team at Compass, Karin Dauch’s mission—"To put good people in great homes”—has resulted in several years of successful high-end real estate deals. A former foreign correspondent with a masters degree from Columbia School of Journalism, Karin brings a reporter’s talent for digging up insider information and asking incisive questions to the task of matching clients with the perfect property. She prides herself on being a resource for people going through major events and transitions in their lives. By anticipating her clients’ needs and taking a personal, hands-on approach, Karen has helped numerous people feel confident about making one of the largest decisions they’ll every make—to purchase a new home.

Fluent in five languages, Karin moved to Manhattan in 1998 from Brazil and worked for several Brazilian newspapers, magazines, and radio stations with a focus on New York City news, culture, and the way New Yorkers live at home. The beauty and comfort of the home has been a lifelong passion, dating back to when she presented her parents with drawings for a total redesign of their house. (She was 11 years old—and they integrated her ideas into their renovation.) On her own, Karin has remodeled homes in the Hamptons and along the Eastern Long Island coast, projects she took on for the love of design but that also ended up increasing the value of those homes by over 30 percent.

Working for Compass—a company with a conscience—goes hand in hand with another important aspect of Karin’s life: philanthropy. She has a second masters, this one from NYU in Fundraising for Nonprofits, has raised money for several nonprofits, and is a longtime board member of the BrazilFoundation. When a real estate deal closes, Karin donates a percentage of her personal commission to a charity of her client’s choosing.