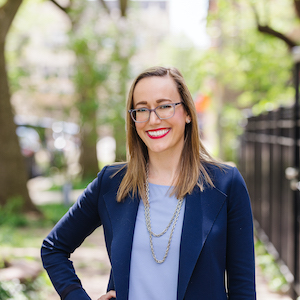 
Kat Barry is a Certified International Property Specialist and National Association of Realtors GREEN designee for her expertise in environmental issues in the home. She began her real estate career in 2004 and has been an industry leader in Wisconsin, Pennsylvania, and Illinois. Kat has been featured on two seasons of HGTV's "My House is Worth What?" She worked as a columnist for Realtor Magazine and was named one of Realtor Magazine's 30 Under 30. She has also earned the At Home with Diversity from the National Association of Realtors.

In 2013, Kat co-authored The New Chicago Diner Cookbook and she helped to start the first-ever all-vegan pop-up market in Chicago. She is heavily involved in Chicago’s vegan community and animal advocacy groups. She is the author of Kat’s Healthy Home quarterly newsletter, dedicated to healthy living in the home space.

Kat specializes in the Chicago neighborhoods she has been spending time in since the mid-90s: Wicker Park, Humboldt Park, Logan Square, Bucktown. She is an honors graduate from The University of Michigan, a fluent French speaker who enjoys yoga, travel, and cooking. Kat lives in Logan Square with her partner Michael.