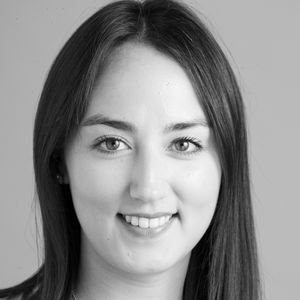 About Katherine
Katy is the newest member of the Smith & Berg team.

She is so excited to be embarking on her real estate career and is beyond thrilled to be a member of one of the best teams in the industry.

She grew up in Pittsburgh and then attended the University of Wisconsin in Madison where she studied Political Science and Mandarin. After college she moved to New York City where she spent the next several years supporting the CEO of a major telecom company. In this role she learned a lot and gained a tremendous amount of experience operating under high pressured environments while still always maintaining her composure. After several years in the corporate world she decided she was ready for a new challenge.

She was eager to make the switch to real estate which was always appealing to her because she was looking for a career that would allow her to connect with others and make a lasting, meaningful mark on people’s lives. She considers herself incredibly lucky to have found the Smith & Berg team, who has so skillfully mastered this.

Outside of work Katy loves spending time with her family & friends, traveling, getting outdoors, comedy shows, live music, cooking with her husband, enjoying a great bottle of Italian red wine, and exploring LA and getting to know more of this amazing city.