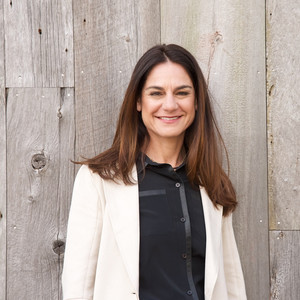 ★★★★★
"Kim sold our home in record time! She is passionate about her clients and is enthusiastic and highly motivated. My family left Westport and she put our mind at ease knowing she’d manage our sale effortlessly and she did just that despite a difficult winter! Kim was more than a realtor to us. Working with Kim is like working with a friend. I can not recommend her highly enough!!"

★★★★★
"Kim helped us sell and purchase a home in Westport. She is a pleasure to work with and is responsive, knowledgeable, and patient. I would highly recommend her to anyone buying or selling a home in the area."

As the former Chief Operating Officer at Lyster Watson and Company, a large hedge fund-of-funds, and having worked previously on the trading desks of Wall Street firms Furman Selz and Bear Stearns, Kim is no stranger to high-pressure stakes. She joined KMS Partners in 2015 and is known for using creative thinking and a solution-oriented approach to structuring and negotiating real estate deals.

A native of Johannesburg, South Africa, Kim emigrated to La Jolla, California in 1980 and graduated from The University of California at Berkeley, majoring in Political Science and Economics. Having lived in Westport for 16 years, Kim has seen her three boys flourish in Westport’s Public Schools her oldest is now at UT Austin, her middle son at the University of Michigan, and her youngest a Sophomore at Staples high school.

She is very involved in the community and as an avid tennis player herself, Kim enjoys her role as the Assistant Coach for the Staples Varsity Girls' Tennis Team. She has served on the Board of the Westport Country Playhouse for seven years, has been active with AIPAC, the FIDF, and other local civic causes. Kim is also a member of The Conservative Synagogue and Chabad of Westport.

A partner of the founding Compass Westport team, Kim’s clients find her to be an experienced, resourceful and ultra-reliable Realtor®, known to go the extra mile.