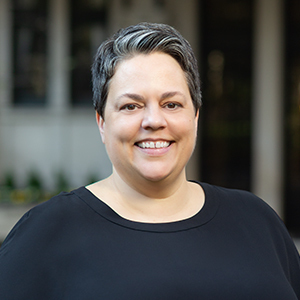 Laura moved to Philadelphia in 1994 to study fashion design. After completing her education, and designing Mothers Work Maternity and Motherhood stores 2 years, she realized she was more interested in where the new immigrants who were sewing the clothes were coming from, where they were living now, and how they were changing many of the neighborhoods in Philadelphia. In 2001, she decided to officially pursue these interests and returned to school, first at Community College of Philadelphia and then at the University of Pennsylvania, where she completed a bachelor's in urban studies and a master's in city and regional planning. While at Penn, she managed a city-funded program to help low-income homeowners perform necessary structural repairs to their homes; She helped rehab 40 West Philly houses. After graduation, she became a project manager at the Philadelphia Redevelopment Authority. There she worked with community groups, large scale developers, residents, and other city agencies on a variety of projects. After 4 years, she decided to go rogue and apply her skills to real estate sales and development -- what a long, strange trip it's been.