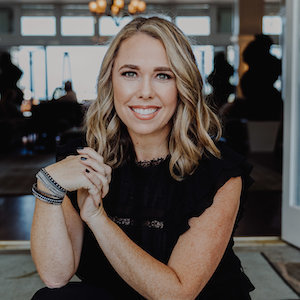 About Lindsay
Lindsay Dunlap is a San Diego native and Cal State San Marcos Alumni who began her real estate career in 2007 with a top producing team in Mission Hills. With aspirations to sell extraordinary luxury and coastal homes, she relocated her business to Del Mar in 2015. Lindsay partnered with Compass in April of 2018 and leads a team of seasoned agents in Del Mar, where she thrives on professional ethics and integrity. Lindsay is on the Compass Agent Advisory Council and attributes recent success to utilizing Compass tools such as Compass Coming Soon and Compass Concierge.

Lindsay received the Gold Recognition of Excellence Award by the San Diego Association of Realtors for exceeding $30M in Annual Sales in 2016, 2017 and 2019 and the Platinum Recognition of Excellence Award in 2018 for exceeding $50M in individual annual sales. Lindsay was also recognized for the 40 under 40 Award in both 2018 and 2019, and top 1% in San Diego County. She was a finalist for the 2018 Realtor of the Year and sold a record breaking sale in Del Mar for $21.5M in February 2018. In 2020, Lindsay was awarded 2019 Team Realtor of the Year.

Lindsay is a proud sponsor of the San Diego Padres, The Del Mar Racetrack and Pathfinders San Diego. In addition to selling real estate and servicing client needs, Lindsay enjoys playing and coaching soccer and spending time with her family.