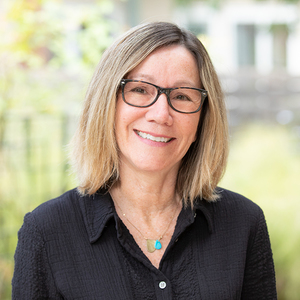 "Liz is knowledgable in a way that goes beyond the tactical details—she has a great sense of what property is the perfect fit and for the future possibilities of a place. She helped us map out the pro's and con's and gave us the context we needed to make a decision." - Jann

About Liz
Liz was born in Venezuela and when she was three the family moved to Angleton, southeast of Houston, where Liz grew up, spending much of her time surfing on the Gulf Coast. She often visited the Hill Country area when her father went deer hunting in nearby Llano and Kerrville. Some day, she thought, she would live in Austin.

After school in San Marcos and eighteen years in Houston, Liz with her two young daughters, Ellison and Natalie, did just that, moving to Austin in 1996, getting a job as an event planner at the University of Texas School of Law, where she did everything from writing bios to coordinating visits from members of the US Supreme Court. Austin was booming, and after a few years at UT, Liz took part in the raising of one of the first of the modern condo buildings, the iconic Nokonah, for which she was Senior Executive Sales Associate. Liz worked with the development teams and handled much of the marketing and all of the sales.

After completing the Nokonah, Liz joined the development team of Interurban Development, a firm that focused on in-fill development using green methods and materials. After three years, Liz realized that she had plenty of hands-on experience with homes and how to sell and market them—all she needed now was her real estate license. After getting it, she worked as a realtor for eight years selling homes.