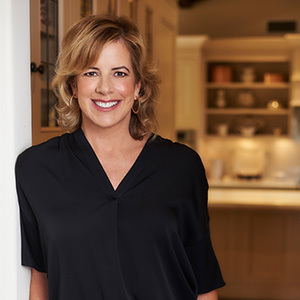 ★★★★★
"Working with Fran and Liz, we ended up with the best of both worlds. Fran’s astounding expertise in these areas, her strategic thinking, savvy, and influencing skills shine through. Liz brings her own talents to the team - her passion for this business plus she is a very determined, driven, smart businesswoman. We benefited from both perspectives greatly. Throughout the negotiating process Fran and Liz never let up and were tenacious, professional and relentless We are very fortunate to know and have worked with such high integrity, consummate professionals, and talented women... wonderful, easy and fun people to be around." - Suzy and Jim D.

★★★★★
“We were so fortunate to have worked with Fran and Liz after our move from New York to the Palisades. They were true partners - - it felt like they were always looking out for our best interest rather than just trying to close a deal and move on. In addition to bringing vast and deep market knowledge, there was unending patience as we hemmed and hawed over our decision. Their attention to detail and responsiveness were unmatched. Having worked with several other brokers in the past - mostly frustratingly so - we think there is no better team than Fran and Liz.” - Ashley and Rob R.

★★★★★
"Liz Jones is the best real estate agent we have ever dealt with. We reviewed exactly what we wanted and Liz delivered in spades. With her assistance we were able to quickly identify our best prospects and narrow down the search. We have no doubt that Liz saved us valuable time and helped us move quicker with her in-depth knowledge of the local areas and their intricacies. Once we decided which place we liked best Liz went all in and did everything she could to help us come out on top in a competitive situation. She was even there on move-in day to help us get settled in. We would not hesitate to recommend Liz and her team to anyone looking for an agent." - Linda and Brett B.

About Liz
A lifelong resident of Pacific Palisades, Liz Jones grew up in the world of Real Estate as her mother, Fran Flanagan, is one of the most influential realtors on the Westside of LA. After 20 years of building her own successful career in entertainment marketing, Liz joined her mom in Real Estate to be a partner in Fran Flanagan Group.

Liz and her husband, Billy, have owned property in the Alphabet Streets since they were married in 2001. Their two daughters attended St. Matthew’s Parish School and now are at Palisades Charter High. Liz attended school at Canyon Elementary, Palisades Elementary and Brentwood School.

Upon starting the Digital Marketing Division of Twentieth Century Fox, Liz rose to Vice President before starting Fox Mobile Studios. She founded her own digital agency to learn the opposite side of the business, and then returned to the studio side as Executive Vice President at the film studio Relativity Media and then head of the digital business team at Assembly Media for Twentieth Century Fox. Her campaigns have won two CliO Awards, and she has been honored as a pioneer in digital media by Hollywood in Pixels. Liz brings an unrivaled knowledge of social and digital marketing to Fran Flanagan Group, and she is excited to continue her lifetime in the Palisades by helping people with their home ownership goals.

Service is an important part of Liz’s life, and she is sharing that with her daughters through their involvement in National Charity League, working in the community with organizations such as Westside Food Bank, Upward Bound House, Hollygrove, and Ronald McDonald House. Liz is currently President of National Charity League Inc., Westside Chapter. The Jones family is locally famous for their amazing chocolate chip banana bread, and through selling that delicious bread, they have been able to raise enough funds to build a school for 300 students in Mirbelais, Haiti.

Liz holds a BA in Political Science from Boston University.