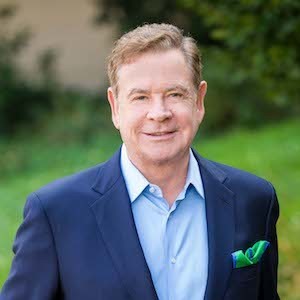 Louis Silcox was born in Portland, Oregon and has been a resident of San Francisco since 1975. He studied Architecture at U.C. Berkeley and was also an Honors Program Student and a Student Government Officer at Brigham Young University.

Louis learned the fundamentals of real estate at a leading national brokerage where he immediately distinguished himself as a top producer. He joined Sotheby's International Realty in 2003. Louis joined Compass where he continues to specialize in fine residential properties and is recognized as one of San Francisco's top producing real estate agents. He is an esteemed member of the elite TOP AGENT NETWORK.

Louis continues to establish new sales records in the high-end real estate market. In the past year alone, he has set five new records. Two of those sales were private transactions.

He just achieved another record sale for a client on Telegraph Hill at 1345 Montgomery Street where he obtained multiple offers, all over asking, promptly. The final sales price was $6.8 million. Louis Silcox is ranked as the #1 Realtor on Telegraph Hill by the San Francisco Association of Realtors.