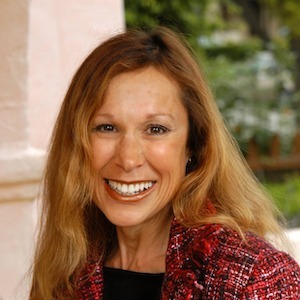 About Marci
For over twenty years, Marci has earned tremendous respect among her real estate colleagues and clients. She is known as a skilled negotiator and excellent communicator. She is a clear thinking professional with an exceptional work ethic and business savvy which have put her at the forefront in her field. Launching her career in 1986 in Boston, Massachusetts, at the largest real estate company in New England, Marci was quickly promoted to vice president, sales manager. Under her leadership, the Brookline office became the number one producing office in the company. In 1989, Marci moved to Los Angeles, where she continued her award-winning sales production.

She says "I take my relationship with clients and the responsibility they vest in me very seriously”.

Representing some of the world's wealthiest individuals, she has earned a reputation for tenacity, discretion, and exceptional service. With a Master of Business Administration in marketing and a Bachelor of Fine Arts in visual art, Marci combines an artist's eye with real-world business knowledge. Before beginning her real estate career, Marci received Emmy Award nominations and Ad Week excellence awards for television production/art direction. She also managed celebrity sports promotions for some of the world's top athletes. In addition to her busy real estate commitments, Marci is a talented painter, sculptor, and printmaker. She is a generous supporter of spcaLA, World Wildlife Fund, Humane Society of the United States, Union Mission, City of Hope and numerous other charities.