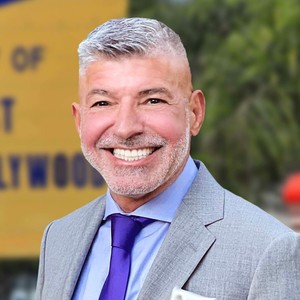 Realtor® | DRE 02090885
marco.colantonio@compass.com
M: 323-474-7032
About Marco
Marco's love of West Hollywood and his passion for real estate is evident by his experience and commitment to serve his community.

A native New Yorker and graduate of Fordham University, Marco is a grateful and enthusiastic West Hollywood transplant of 15 years. Actively involved in West Hollywood and Los Angeles civic and charitable causes, he has served as a Commissioner to the City of West Hollywood. In 2017, Marco was awarded a Certificate of Recognition by the Mayor and City of Los Angeles for "Outstanding Citizenship." As the founder and former publisher of WeHo Times, a hyperlocal news site, he has been recognized by the City of Los Angeles, the State Senate, and the State Assembly for his contributions as a business leader. Marco was also a Candidate for West Hollywood City Council 2020.

With over 15 years of experience in West Hollywood and surrounding areas, Marco has solidified himself as one of West Hollywood's top real estate advisors. Marco has an innate ability to understand and connect people with the homes they love, always placing his client’s interests at the forefront, whether buyer, seller, or renter. “I believe real estate is as much about people and relationships as it is about property.”

Marco represents clients in all areas of Southern California but specializes in West Hollywood, Beverly Grove, and the Hollywood Hills.

The synergy between Compass's innovative technology, Marco's skill set, and the entire team's resources enable him to provide you with the ultimate in service.