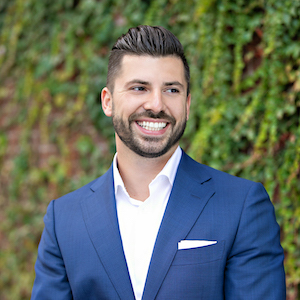 Broker
marius.ion@compass.com
M: 425-466-7876
About Marius
Marius Ion is Seattle’s biggest fan. After moving from Romania to the Eastside at an early age, Marius fell in love with the friends, food, and festivities that the city has to offer. “It’s a great area,” Marius says. “I would never leave.”

Marius got his start in real estate unexpectedly, but when opportunity knocked, Marius answered. Marius always loved construction, and after receiving his degree in molecular biology, he decided to apply his strong research and analytics skills to real estate investments. When Marius discovered that his love of the industry was fueled a desire to help others find their dream homes, he decided that becoming an agent would better allow him to achieve his goals.

Every home purchase is a problem to be solved, and Marius’s scientific perspective is well-suited to tackle even the most challenging transactions. Marius values the relationships he has formed with his clients and sees every sale as an opportunity to create a tangible, positive difference in their lives. To see how Marius can make your next real estate venture a success, give him a today.