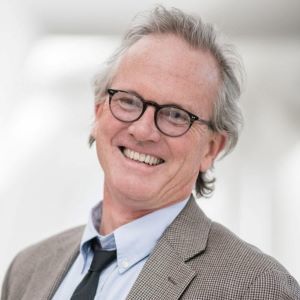 ​ ★★★★★
"We chose Mark to be our transaction broker with a house purchase from friends. He was a pleasure to work with as he is extremely knowledgeable and passionate about real estate. His ethics are clear as he is unbiased and fair. It is apparent the moment you meet him that he genuinely cares for those he is assisting and ensures that what can usually be a highly stressful time is not. We highly recommend Mark and will happily work with him in the future!"

★★★★★
"Mark is knowledgeable, efficient, and a pleasure to work with. He kept the process (and us) on track at every step, and helped us navigate a few bumpy roads. We highly recommend him to you."

★★★★★
"Mark worked with me and my wife while we moved from California to a town outside of Denver. He was very informative and helpful every step of the way with us being first time home buyers, and he was able to make us feel like we were his only clients because he puts that much effort into his work and cares greatly that you move into your perfect home. I would recommend Mark to anybody moving into the Denver area."

★★★★★
"I absolutely loved everything about working with Mark. I found him while house hunting on my own, and he was kind, warm, helpful, flexible, knowledgeable and just all around everything you could truly ever ask for in a realtor! He was a God-send in helping me get my dream home in a tough market! Highly recommend in every single way I can!"

★★★★★
"Mark did a great job selling my home. He even found an awesome stager to put it in its best light. He went above and beyond by helping me in any way he could. He not only knows the real estate market he also knows home remodeling so he can give great advice on what projects are worth completing before selling. Mark also communicated with me very well through the entire process."

​
About Mark
Real Estate is sort of a second career for Mark. Sort of, because Mark’s worked in and around houses for most of his life.

Mark left that world to become a journalist and worked for 25 years in public radio, as a reporter in DC and a News Director in NH. Still, during all those years, he was drawn to real estate. Mark loved filing stories about the housing market, the housing crisis, the homeless. He wanted to help people understand the forces behind the market. And on a personal level, he always loved helping friends find a place to live.

It was public radio that brought Mark to Colorado, where he found a wealth of beautiful places to explore. Mark decided to become a part of it, no longer as a journalist, but as someone who could help people sell their homes and buy another, or move from being a renter to a first time home-owner.

It can be a little scary, especially for the first timer, but Mark’s been there. He’s been a tenant and a landlord. He’s moved several blocks, and he’s moved across country. He’s understands houses, how they’re made and what makes them fall apart. He’s watched the clock tick while he waited for updates from his lender. He’s hired movers to transport valuables across the country. And he’s sold a house full of memories to move on to a new adventure.