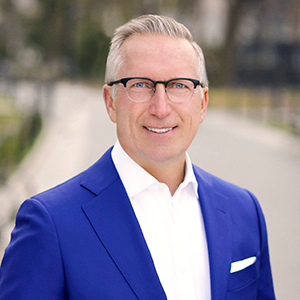 Known by friends and colleagues alike for the enthusiasm and thoroughness he brings to every project, Mark Ski is a committed professional who never settles for second best. Mark's loyal client base enjoys his easygoing approach and positive outlook, while relying on his ability to understand their wants, determine their needs, and present well thought-out options. Whether working with buyers or sellers, Mark provides a detail-oriented approach that encompasses his broad knowledge of market trends in all neighborhoods of the city.
Originally from Detroit, Mark has called New York City home for more than thirty years. As a longtime co-op owner in Greenwich Village, he knows every local store and restaurant and has friends and contacts throughout downtown Manhattan's neighborhoods. Mark has a diverse professional background. Using his creative talents in the food industry, Mark has worked in New York and Paris before becoming the Executive Chef of God's Love We Deliver. Moving on, he was a food editor and producer for Martha Stewart Living magazine and television show, winning three Emmy Awards as well as a James Beard Award.
Mark's extensive real estate experience includes more than twenty years, during which he identified and invested in properties for himself and his family, developing expertise in the local market that he has turned into a career as a top-selling agent. Mark has also served as a consultant for many renovations and refurbishments and has a keen eye for what is needed in staging apartments.
An avid theater buff, frequent traveler, skier and boater, Mark is also an active member of the Fire Island Pines Fire Department, where he owns a home, and is on the Board of Gotham Volleyball; he is also involved in numerous community organizations.