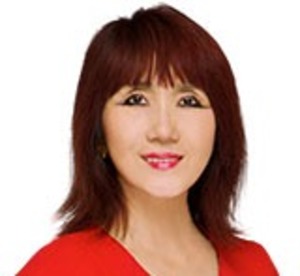 Mary was born in Hong Kong and moved to the United States in 1970. She attended the University of Michigan Ann Arbor where she earned a degree in Marketing. After graduating from Michigan, Mary and Larry moved to Rochester, Minnesota. Upon leaving Minnesota in 1982, many of her friends and associates suggested they move to Cupertino because of the reputation of the schools. So in 1982, Mary settled down in Cupertino, California.

After enrolling her children in Stevens Creek Elementary in 1983, Mary began her career in real estate. With each , Mary Tan quickly became a household name and one associated with Silicon Valley real estate. She quickly built a name for herself as one of the premiere agents in the Silicon Valley.

Mary’s mission statement has remained the same since 1983 - client satisfaction is a top priority. Whether it’s helping declutter a home or negotiating a free rent back for her clients, no detail is ever left unturned.

Home sellers are often overwhelmed with all of the steps involved. Mary thrives in this scenario. She will adopt each home as if her own child. Her can-do attitude and meticulous planning help calm her clients down and she only lets her foot off the pedal once the goal is achieved - a successful close of escrow.

Mary is the proud grandmother of 10. Her hobbies include home decor, art, gardening and cooking.