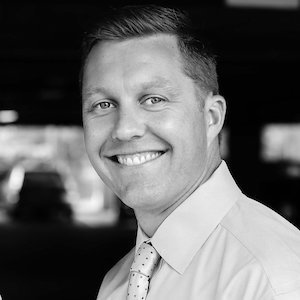 ★★★★★
"My wife and I used Matt in 2015 with our new home purchase. Matt was extremely attentive, professional and could be easily reached with any questions we had. Matt made the home buying process stress free and was incredibly knowledgeable about the area where we purchased. I would highly recommend Matt to do any kind of real estate transaction as we will continue to use him in our future purchases."

★★★★★
"Choosing an agent to me is the most crucial decision I will make when selling and buying my home. When I first embarked on this journey I interviewed several agents. I needed that one agent I could trust to have my back. Who is honest, treats me and my home with respect, puts my interests first and is not full of empty promises or once the agreement is signed, pass me off to a rookie agent only to pursue bigger dollar sales. Matt Mueller made me feel like I was his only client. Matt’s not your ordinary real estate agent. He protected my two biggest assets, my home and me. He held my hand every step of the way, guided me through the entire process from start to finish and Matt has a way about him that calms my nerves in stressful situations. With Matt and his top-notch team, everything went smoothly. Matt worked tirelessly for me and was (and still is) always available. He responds promptly and if he can’t answer my question (and I had plenty of them), he will get the answer. And, what really impressed me was his savvy marketing and business skills plus, his legal knowledge and consoling advice. This guy really knows his stuff! I’m couldn’t be happier that I chose Matt Mueller!" - Diane

★★★★★
"We entrusted Matt to sell our home of more than 25 years. Matt was a pleasure to work with. He is very responsive and knowledgeable. We followed his advise and sold our home quickly for 25% over asking price. He handled everything with professionalism and kept us informed all along the way. Buyers wanted a five day close and he made it happen. Would engage him again without reservation."

★★★★★
"Matt was extremely easy to work with. He assisted my wife and I in purchasing our first home in California. His patience and knowledge of the area was exceptional. Matt was always accessible and communication with him was very prompt. We have purchased many homes over the years and the experience of working with Matt was among the most pleasant."

★★★★★
"My wife and I picked Matt four our agent in 2013 when he was referred to us by a friend of mine. Matt is extremely professional and knowledgeable in his trade. Our situation was complex with selling one house and buying another with multiple contingencies, however Matt made the whole experience stress free and was always on top of everything. I have recommended Matt to friends of mine and I will be using him for any future real estate en devours."


​​
About Matthew
Matt was born and raised Santa Clara and attended Cupertino High School. At Cupertino, he was a two-sport student athlete and received Marine Corps Student-Athlete of the Year for his academic and athletic excellence in both baseball and football. He attended Siena College in Albany, New York on a baseball scholarship, where he went on to earn a degree in marketing management. Following graduation, Matt accepted a position as an Assistant Baseball Coach at Santa Clara University, where he coached for two seasons.

With his playing and coaching days behind him, Matt chose to pursue a career in construction and worked for a number of Bay Area general contractors in a variety of sales, marketing, and executive management roles. In 2009, Matt followed the footsteps of many of his family members into the real estate industry.

Prior to joining Compass, Matt co-founded a brokerage that grew to nearly 25 agents and approximately $500 million in cumulative sales, which he successfully managed.

Matt lives with his daughter Prestley and son Hudson. He is a fitness guru, skier, and a member of the Silicon Valley Association of REALTORS® and Santa Clara County Association of REALTORS®. Matt also volunteers for Project Cornerstone, which helps individuals and communities build a web of support around young people to help them grow into healthy, caring, and responsible adults.