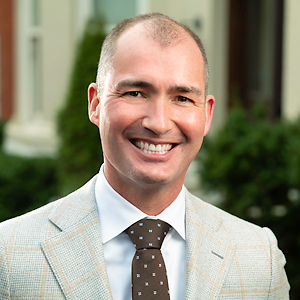 ​ ★★★★★
"Michael and his team could not have been better. From start to finish they made the process simple and easy me as the seller. I could not recommend Michael and his team more. If you want someone to sell your home and make it seem effortless, then Michael is the guy. He shook every branch until he got it done!"

★★★★★
"Listen to his advice, even when it might not be what you hoped for. He has a very very good instinct for the market and for how to make a deal move forward. I interviewed multiple agents, and his input on listing price was the only one that was realistic. He responds quickly, he recommends excellent contractors for painting and staging, and he takes the time to explain things well."

★★★★★
"I lived in DC for years and first met Michael quite some time ago while looking for a condo. If I recall correctly, I actually met him at one of his open houses, despite me already having signed with another agent. So impressed I was with not just his knowledge, diplomacy, intelligence and humor - but the ease at which we were able to communicate. I ditched the other agent and shortly thereafter signed with Michael and his team. One of the best real estate decisions I've made. Michael and his whole crew -- a remarkable group of thoughtful, responsive (that is HUGE!), and collaborative team -- have only ever been honest and candid with me through a few more recent transactions. Including, just last month, the last of my condos in DC. That place was sort of my baby: did a full renovation to exactly the way I wanted it -- blood, sweat, and tears sort of thing...then an actual baby came along with my wife and we not only moved away to other side of the country, but also had to sell the place. Naturally, we called Michael. He is a master chess player contextualizing the condo in light of the ever-changing market -- from planning the next move, staging the place for potential buyers -- he just knows what he's doing. And his backup crew never missed a beat. My wife and I live in California now, but still stay in contact with Michael, not just because he was so helpful professionally, but also he's a genuinely kind, thoughtful and hilarious man. I've often teased him that I hate real estate agents, but I've never really considered him a "real estate agent" so much as an able steward of, likely, the most financially valuable thing you will ever buy or sell in your life. To do that the right way, there must be respect, honesty, a constant finger on the pulse of the evolving market (especially in DC!) and diplomacy. Michael and his team have those in spades. Should we ever move back to the Swamp, he is the ONLY person we are calling to find us our next home. I cannot recommend Michael Brennan enough."

★★★★★
"I have worked with Michael Brennan twice now and have found him to be extremely professional and effective. He was helpful throughout all stages of the transaction and led to a smooth and successful transaction both times."

★★★★★
"I can’t thank Michael and his team enough for the outstanding results on the of my Georgetown home! I knew from the outset from his professionalism our first meeting that I made the right choice engaging Michael as my agent, and his attentiveness exceeded my already high expectations. It was an absolute delight working with him at every stage in the process of listing, staging, selling, and closing. I highly recommend Michael if you want the best in a real estate agent. "

​
About Michael
Michael specializes Georgetown area real estate. With the support of three experienced associates, Michael has achieved over $350 million sales and more than 400 closed transactions. Michael and his team are committed to providing their clients with exceptional service and skillful counsel through all phases of the buying and selling processes.

his sellers, Michael's approach is simple: generate the largest return possible, and negotiate the best terms of . Michael aggressively markets all of his listings with extensive print, electronic, video, and social media campaigns. Michael's local expertise and decade-long track record of success guarantee his sellers an accurate valuation of their and professional execution from start to finish.

Buyers engaged with Michael and his team benefit from an unrivaled working knowledge of single-family homes, condominium buildings, and investment opportunities in the Georgetown area. The team works tirelessly to secure target properties their buyers and deftly navigates them through every element of the purchase .

Michael also calls Georgetown home. After growing up in suburban Boston, he attended American University. Michael has been a proud Washingtonian ever since. He now resides in the Georgetown area with his wife and three young daughters.