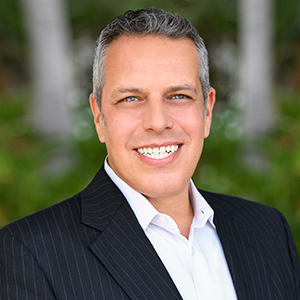 ★★★★★
"This is the best real estate pro in Ft Lauderdale area, for sure! Michael Faerber put that little extra into making his clients satisfied, whether he sells a property or not. He also speak german which is great for Europeans who might be interesting in leasing or buying here. We were close a to having a deal closed on a condominium downtown from Michael - but decided to travel to our second home town Ft Lauderdale more often, and have our base where we live in Sweden. Top 10/10 realtor! Nice, long experience . Even though not buying then, we've kept in contact for 8 years now. More thrustworthy person and highly professional is hard to find." - Ewa

About Michael
Michael is a licensed Realtor since 2004 and works since then fulltime in the Greater Fort Lauderdale & SouthEast Florida tri-county area of Broward County, Miami-Dade & the Palm Beaches.

He specializes in the luxury condominium and single-family residential market along the coastline of Broward, Miami-Dade & the Palm Beaches and in the downtown condominium markets of the cities of Fort Lauderdale, Miami, Boca Raton and the Palm Beaches.

Michael’s strengths include organization and thoroughness and to make the deal happen. He was the representative of the German American Business Chamber for Fort Lauderdale for many years and brings a broad network with him. Most recently he was for over 7 years in the local Greater Fort Lauderdale Chamber of Commerce and was heading up various leadership positions within the Chamber.

Since he moved in 2000 to the United States and settled in Fort Lauderdale in 2001, he continues to be engaged in local civic and non-for-profits organizations, helping to better the community he lives in.

He believes in helping clients build wealth through property ownership and that a diverse and specially targeted marketing strategy leads to success.