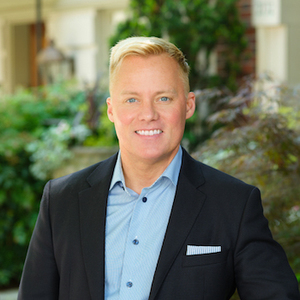 Vice President
mm@compass.com
M: 202-716-7000
O: 202-386-6330
About Michael
Back 1995, Michael’s passion real estate was ignited while living in Salt Lake City, Utah. After attending the University of Utah in Business Administration, and owning a variety of local businesses, he joined a small boutique in Park City, Utah. With lots of hard work and determination, Michael earned the prestigious “Rookie of the Year” in 1996.

In 2006, he moved to DC and affiliated with Coldwell Banker Dupont. Then in 2011, Michael and Stanton found that they shared similar passions real estate. With a desire to help people with the buying and selling experience, Marriott + Schnepp was formed. In 2015, we were offered a unique opportunity to join the newly formed real estate offices. Stanton was offered a role in , so the MM Group was formed.

Since becoming an agent in 1995, the real estate market has had its challenges. Each upswing and downturn has given Michael the opportunity to unique solutions. Instead of saying, “We can’t do that,” Michael’s response is always, “How can we do that?” This positive attitude is what draws people to want to work with him.

Besides being a dedicated realtor, Michael takes time for family, friends, and fun for a healthy balanced life. Michael and his partner of 22 years (and husband of 2), Juan, live with their dogs, Bailey Sasha, in Logan Circle. Michael loves cars–especially his Tesla, traveling the world with friends, and spending time working with various charitable and equal rights causes.

He has served on the Board of Governors of the Human Rights Campaign, he was a founding Board member of Equality Utah, he served on the Board of Trustees of Ballet West and the Salt Lake Acting , and loves to support local neighborhood community organizations like Friends of Mitchell Park, the Logan Circle Community Association, and SMYAL. He is especially proud of his work as the Executive Director/Trustee of the B. W. Bastian Foundation, a private family foundation based in Utah.