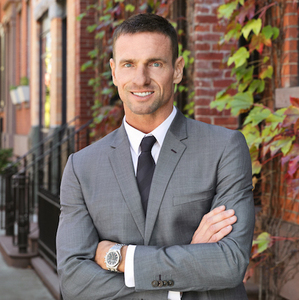 Michael has been featured in The New York Post

Michael has been featured in The New York Times

Michael has been featured in The New York Times

Michael, a native New Yorker, was born in the Village and raised on the Upper West Side. He studied Entertainment Marketing at New York University’s Gallatin School of Individualized Study, where he earned his B.A.. Michael then went on to work for MTV and Manhattan File magazine in ad sales. In 2001, he got his first taste of real estate through leasing and gut renovating a number of spaces in the Meatpacking District. He opened a trendsetting surf shop on Little West 12th Street and sub-leased the remaining spaces. After selling the shop and the remaining leases, Michael spent some time on Kauai, Hawaii fulfilling his dream of surfing every day.
Michael missed New York, however, and decided to return and pursue his passion – selling the city he loves. In addition to being a solid industry resource, Michael is honest, ambitious, and completely committed to making his clients happy.