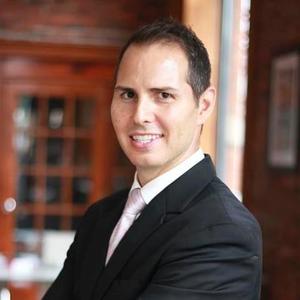 Michael joined in 2019 after successfully running his own brokerage for the last 13 years. He started his real estate career in 2002 and since then he's consistently been one of Boston's top agents closing over $100 million in sales. Prior to , Michael founded Terrier Real Estate, a boutique brokerage with offices in South Boston, MA. He established Terrier Real Estate in 2006 and served as its President. Terrier brokered over $200 million in real estate transactions in the Greater Boston area.
Michael specializes in buyer, seller, and landlord representation in the Greater Boston area, and prides himself on his negotiating skills. Whether you are looking for a condo, single family home, investment property, or a tenant, Michael is an expert professional and will guide you through the entire process.
Michael grew up in Newton, MA. He graduated from Boston University's prestigious School of Management where he was a scholarship hockey player on the #1 team in the nation, winning an NCAA Championship in 1995. After college, Michael played four years of professional hockey in the United States and Europe. His experience as a student athlete and professional hockey player provided him with a foundation of business qualities including dedication, teamwork, work ethic, honesty, and integrity.
He currently resides in Weston with his wife Juliana and their three sons, Mateo, Sebastian, and Camilo. Michael enjoys spending time with his family, coaching and playing hockey, skiing, tennis, and traveling.