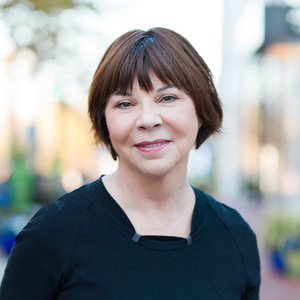 From the beginning, Molly was in sales, selling her lunch, her sweaters, babysitting, weeding, dog walking, housesitting, basically, she sold anything which was not nailed down. At the age of 11 with her first “professional” P&rtner, she took in over $1,000 in the summer of her 12th year. She was reluctant to go to summer camp because she knew her market area would be diminished greatly in the Poconos.
Molly grew up in Norwalk, Connecticut and went to the performing arts high school Interlochen Arts Academy in Traverse City, MI where she was awarded the distinguished honor of winning the Young Artist Award of 1969. She earned her B.A. at Sarah Lawrence College where she was a Rockefeller Fellow in Women’s History.
Molly’s to Washington, DC to work was generated her passion for women’s equity concerns and she worked for several non profits dealing with pay equity for women and then to the Environmental Protection Agency.
Molly then was invited to develop the first political column in a national women’s magazine and became the first Washington editor of Glamour Magazine. That year she was highlighted as one of GLAMOUR’s 10 Women to Watch.
Later, Molly went on to produce the Washington-based Charlie Rose television program. Molly developed her business acumen owning 5 DAVID’S COOKIE stores in the DC area before beginning her Real Estate career in 1987. Molly is married to Jeffrey Jay, a psychotherapist, with whom she has four children and they live in Bethesda. She is actively involved with the giving group Many Hands, hiking, rug hooking, storytelling and any effort that involves being part of the Arts & Crafts community.
Molly’s love of problem-solving, strategic planning, market knowledge and becoming a partner with her customers – helping them find their place in the world — continues to delight her.