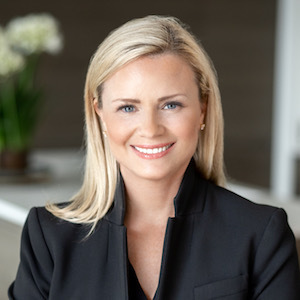 ★★★★★
"Moya and the entire team at Team Foster did a fantastic job marketing and selling our home. We were extremely pleased with the staging, marketing, negotiation and post-offer process through to close. I would highly recommend Team Foster and would definitely choose them again!"

★★★★★
"Working with Team Foster was a phenomenal experience. We received white-glove service throughout the process from beginning our search to getting the keys. Team Foster provided seamless coordination between us and the sellers while navigating a very long and difficult journey as this was for a home under construction. As first-time home buyers, we are very grateful that we had the experience and vast knowledge that Team Foster brings to the area. They were always available to answer our questions/concerns and did so with a high level of professionalism. We would definitely recommend Team Foster to any prospective clients."

★★★★★
"Moya + the team at Team Foster were incredible helping us find our first home! From educating us about all the home things we didn't know we needed to know, to sending us emails the second a new home hit the market - we felt cared and understood all the way through the process."

★★★★★
"Tere, Moya and the full Team Foster are probably the most competent real estate Partners you can find in the Bellevue area: the combination of years of experience, the highest quality marketing materials, the immediate response on every question, and the outstanding Team members gave us full confidence during the full process."

About Moya
Moya Skillman is co-founder of Team Foster with her mother, Tere Foster. Moya has over 14 years of experience in residential real estate. Team Foster sells over $200 Million annually.
Moya is a Broker and an Accredited Staging Professional. She leads Team Foster’s marketing vision of print, digital and social media including Instagram, Facebook and video technologies. Her attention to detail ensures that every client receives outstanding service.
In February of 2016, Moya along with Tere and four other partners, founded Avenue Properties. Avenue has already been named to the Top 10 Largest Real Estate Companies in the Northwest by the Puget Sound Business Journal.
Moya is also a founding member of the Breakfast Club, a networking group for the next generation of top-producing agents in the Puget Sound area. She is actively involved in the Seattle King County Association of Realtors and the Young Professionals Network for SKCAR.
Moya has appeared on HGTV and CNBC and has been featured in The Wall Street Journal, The New York Times, The Seattle Times, The Puget Sound Business Journal and other media channels.
In keeping with Team Foster’s focus on international sales, Moya is a member of the Asian Real Estate Association of America (AREAA) and the Greater Seattle Chinese Chamber of Commerce.
Prior to her career in real estate, Moya spent seven years on Capitol Hill in Washington, DC working for elected officials and with senior executives from the top high-tech companies in the country.
Moya is actively involved in the community. Currently Moya serves as the co-chair of the Board of Trustees for the KidsQuest Children’s Museum. In addition, she is involved with the Boys and Girls Club of Bellevue and other community organizations.
Moya lives in Medina, WA with her husband and two children.