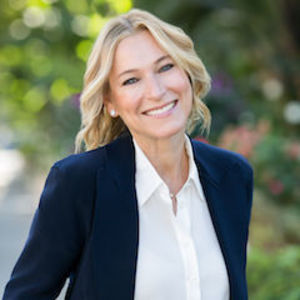 Genetic Institute at Cedars Sinai | Advisory Board
About Nancy

If you’ve been invited to one of Nancy’s legendary Monday night dinners, there’s a good chance you’ve experienced her gift for bringing people together. A notorious go-getter with a flair for connecting like-minded folks, the NYC native could teach a masterclass in networking. Given Nancy’s culinary exploits and innate talent for entertaining, it wasn’t long before her weekly dinners led to a newsletter.

East Coast born and Bel Air by choice, Nancy earned her stripes as a production manager and quickly became a line producer for TV commercials, earning frequent flyer miles between NYC and LA. Making the jump to LA in 2004 with her three young children, she parlayed her production-focused mindset, organizational skills, and Rolodex of connections into a thriving real estate career.

Trusted by buyers and sellers alike, Nancy netted over $80M in gross sales in 2021. An industry veteran with over a decade in the game, she shattered LA’s previous record for highest price per square foot. Nancy sold not one, but two of West Hollywood’s high-end residences at the Pendry. Equally active in the NYC market, Nancy is renowned for making referrals and securing LA properties for bicoastal clientele.

Nancy loves to explore the world and her globetrotting excursions have proved integral to her success. From Hampton’s beach houses to Aspen après ski lodges and London luncheons, she’s cultivated incredible connections with clients across the world. It’s no wonder that 99% of her business is referrals based.

Teaming up with Justin Leigh in 2019 after discovering they were sharing the same client, they recognized they had a similar approach to business. Joining forces shortly after, they quickly became an unstoppable duo. At the end of the day, Nancy is not only a real estate agent, but also one of the most connected women in LA, with access to the best private schools, notable interior designers and builders, top restaurants and doctors, and everything in between.

After restoring her “modern Moroccan” haven in Bel Air, she’s been known to host alfresco soirees. Her kitchen is the heart of her home, which makes sense given so many clients end up at her dinner table when the holidays roll around. Who knows, you might be invited to the next Monday night dinner.

#1 Home-made meatball recipe for the work week!
#2 Family fun in the kitchen!
#3 Win them over with this one!

#4 A simple and satisfying recipe!
#5 What’s in your fridge?
#6 Perfect Picnics in the Q!
#7 Nostalgic Recipe in these times...
#8 An apple a day may help keep the doctor away!
#9 Create your destination at home!
#10 Living in LA is a perfect lifestyle recipe!
#11 Home-grown garden in the summertime!
#12 Mediterranean Swordfish Summer Vibes!