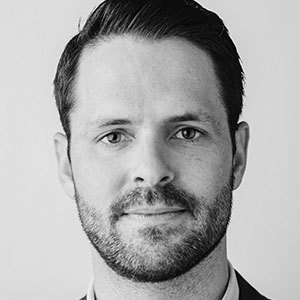 twitter.com/SmithandBergRE
About Nathan
A lifetime Angeleno and accomplished film executive, Nathan Stadler worked alongside some of the world’s most notable artists and celebrities before segueing into selling the best of Los Angeles residential real estate. This professional pedigree has honed a keen ability to network, relate and negotiate — a combination that makes his clients' experience a positive one, no matter the scenario.

Being opposite a transaction with Founding Partner F. Ron Smith and David Berg was all it took for Nathan to sign on with Compass, formerly Pacific Union. A member of the top-producing Smith & Berg team since October 2016, Nathan has witnessed a high volume of sales on the Westside, specifically involving modern architecturals and new construction. He treasures the ability to work with clients from different backgrounds and motivations, from developers to savvy real estate investors to first-time homebuyers.

Few have had the all-encompassing view of Los Angeles that Nathan has. After growing up in the South Bay, where his family was active in real estate, he moved to Downtown Los Angeles to attend USC, graduating from the esteemed Marshall School of Business. He was able to juxtapose his city amongst new cultures throughout his career, with stints in Vancouver, Albuquerque and Tokyo, to name a few, ultimately landing in an L.A. Westside enclave, Mar Vista.

An all-around sports enthusiast, Nathan played collegiate tennis at USC and continues to enjoy a good tennis match or round of golf. He enjoys traveling with his wife and is currently striking a musical chord by learning to play both the piano and the ukulele.