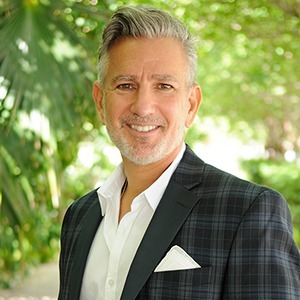 Real Estate Advisor
nwdash@compass.com
M: 917-690-9887
About Neil
A native New Yorker, Neil now calls Miami home having resided in other urban centers including Boston, Washington D.C. and Los Angeles. Neil has lived in Miami full-time for 3 years, after splitting his time between NYC and MIA for more than 6 years. For Neil, Miami has always been a second home, as his Paternal Grandmother spent winters on Miami Beach where her family’s real estate business, once owned a large portfolio of what is now called, “South Beach.”
Prior to joining Compass, Neil was Managing Partner of a Florida real estate portfolio that he co-owns with partners. He has also worked as a Construction Consultant, managing client’s home renovations from concept to completion.   Before pursuing his passion for real estate, Neil spent more than 20 years as a television advertising executive working both for large media corporations, including a long tenure at Time Warner, Inc., and as an independent media consultant whose diverse background included sales & marketing, branding, and business development as well as promotion and event production.
Neil has a BA from Brandeis University and holds real estate licenses in Miami and New York. A multi-tasking aficionado, can-do/go-to guy with a knack for problem solving as well as an inherent talent for negotiating, Neil spends his free time enjoying friends, and volunteers as a computer tutor, specializing in Apple. He likes to cook and eat, which also makes him an avid gym-goer.