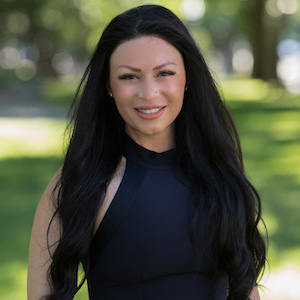 Nicole is the Co-Founder and Co-Principal to the 617 Living Team, Massachusetts top-ranking team in Rentals since 2015. She specializes in representing portfolio sized Developers of luxury housing. She and the Team have carved a unique niche within Greater Boston known for representing newly constructed rental properties and seamlessly handling lease-up; coordinating everything from branding, identity to the positioning, and advertising, while still maintaining high-volume with record breaking urgency and attention to detail throughout the project with uncompromising, strict ethics. She and the Team have combined their knowledge with their proven strategies to be the city’s leading choice for Developer representation and have also successfully sold many portfolios off-market at some of the top prices per square foot in those neighborhoods.
While Developer representation has been the foundation and core of Nicole and the Team’s business model, she also represents Buyer, Seller, and Builder / Investor individuals throughout Greater Boston and Metro West areas. She has worked in Boston real estate since obtaining her license but over the years so developed a deep understanding of the custom, single-family home construction process after being involved in several projects with her partner. She has experience with buildable lots and is passionate about advising clients who have goals to build.

Over the years, Nicole has been pleased to represent a large number of national figures, celebrities and athletes with the utmost discretion. Nicole can confidently proclaim, “The focus on our reputation and our relationships have resulted in our Referral Network being one of the Team and I’s greatest achievements. I’m so proud that this consistency has been recognized and it has allowed us as many opportunities as we’ve had, and we look forward to many more.”

Nicole has resided in the Seaport since 2014 and is a proud “Pom-Mom,” to Louie.