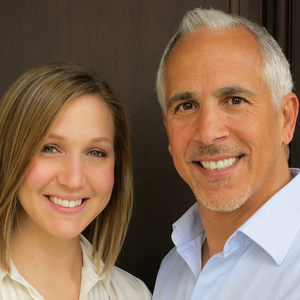 About Nicole
Nicole was born and raised in the East Bay, growing up in Fremont. Nicole then decided to pursue a career in fashion, moving to New York City, attending the Fashion Institute of Technology, earning a Bachelors of Fine Arts degree. After graduation, Nicole started a career in the fashion industry, spending 5 years designing for some of the biggest brands in fashion.

Nicole moved back to the Bay Area in 2015, and offered to lend her design skill-set to her father Anthony Marinelli's real estate business. She then got her real estate license, and trained under Jonelle King, a super-star Transaction Coordinator, to then serve as Transaction Coordinator, staging designer and buyers agent for Marinelli Real Estate. Then, in 2019, Nicole continued her upward trajectory by becoming a partner in the family business.

Marinelli Real Estate has been a family operated real estate company since 1988. Anthony first started with his brother as a partner, and soon after their sister joined. With both of them having since moved to different states, his daughter Nicole joined him. Marinelli Real Estate has often been in the top ten highest producers in the competitive Fremont market against larger teams. Year after year they have achieved the highest level of success in volume of homes sold.

In February of 2021 Anthony and Nicole became Compass' Fremont founding team. Marinelli Real Estate has been a family name that has come to represent quality and integrity to one satisfied client after another for 32 years. They've built a good business on it and they've earned a great reputation for it.