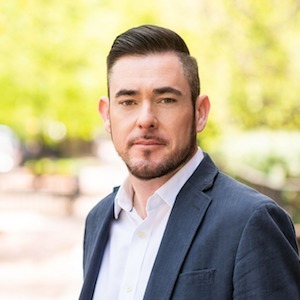 ★★★★★
"From the bottom of my heart, Thank you Patrick O'Dwyer Jr. for your help in assisting us on securing a lease in a popular building. Knowledgable, kind, professional and fun, I appreciate all your help and can't wait to work with you again in the very near future! Thank you for also understanding what Home Sweet Home actually means." - Lynn

★★★★★
"Patrick was incredible to work with! He has a vast network of properties that he is able to show you, and really knows how to get you the best bang for your buck. My fiancée and I have differing schedules, so it was difficult for us to look at apartments during "normal" hours. Patrick took 4-5 hours out of his Sunday afternoon and showed us apartments all around Chicago. I couldn't believe the dedication that he had to his job. He is a sharp guy that I would recommend to anyone looking for a place in Chicago." - Kevin

★★★★★
"We have worked closely with Patrick O’Dwyer and his team over the past 10 years in the process of leasing and releasing several of our rental properties in the Gold Coast and Lincoln Park. We have always found him to be a consummate professional; very knowledgeable in the field, highly professional, energetic, and with consistent and prompt follow-through on all matters. Not only would we not hesitate to work with Patrick in the future – he is the first person we will contact. Obviously, we recommend him highly!" - Mike and Dale E

For the past five consecutive years, Patrick has been named a Chicago Association of REALTORS® Top Producer and received the 2017 Gold Rental Award. Patrick also received the award for the Top 250 Closed Volume, Top 250 Agents in Closed Units, Top 250 Gross Commission Income in 2017, and The O'Dwyer Group ranked #3 in the nation by NRT for Rental Income in 2018 along with the 2017 Top Independent Sales Associates and Team for Units. Patrick additionally proved his worth during the recession years by brokering both sides of the transaction for more than 100 plus condominiums – equating to over $20 million in sales – for a 300-plus unit high rise located in the world-famous Gold Coast. Patrick also has extensive condominium association knowledge from the seven years that he spent serving as a board director for condo high rise that was recently sold in a deconversion sale for $106 million dollars.

Founder of The O'Dwyer Group, Patrick is an ambitious sales professional with expertise increasing revenues while effectively managing existing accounts, pursuing growth opportunities through aggressive prospecting tactics, and cultivating professional relationships. Patrick commenced his career in Europe, then relocated to the U.S. in 2008 to further his career by utilizing his strong communication skills, the ability to connect with customers and collaborative team spirit. In previous positions in Ireland and the UK, he demonstrated a strong commitment to representing each employer and the ability to learn new tasks quickly. Patrick has achieved success in the U.S. since 2008, despite the challenging economic environment, as a top producing real estate broker.

After Patrick launched his real estate group, the first task was to create the brand for his company. For Patrick, this came simple. As a clear commitment to his heritage and family, he developed a company emblem that honored the rich history of his name - a reflection of the O'Dwyer family crest. The crest's symbolic and powerful design motivates Patrick's hard work and perseverance each and every day.